Normally, you would be reading about what we did in school this week but, this week my kids were at Papa and Nana's house for VBS at the church where my Brother and Dad pastor.  Needless to say they had a lot of fun and I took advantage of only have 2 kids here instead of 4 and got a lot done.  If you have followed this blog for long you know that I've been saying for months that I need to clean my basement.  I guess all of the 'stars' aligned this week with the kids gone and perfect weather for me to get it done. Lets start with some before pictures. 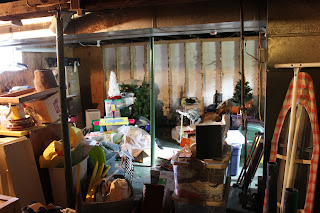 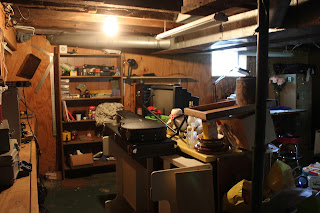 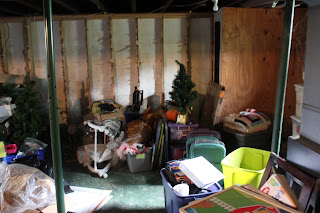 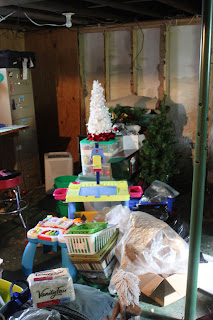 So, this is my storage area and it was out of control.  Things had just gotten tossed down there with no thought to how it needed to be set up.  I also felt like I was storing way too much stuff - stuff I never would want to move if we move someday. 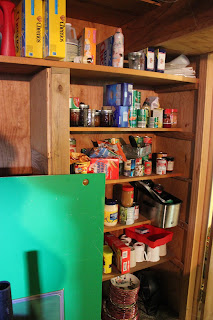 The pantry - it always starts out neat but eventually becomes a mess :-) 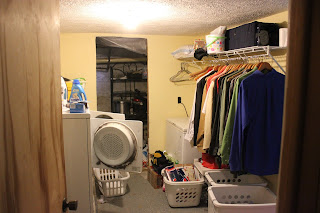 The laundry room - it just needs to be cleaned - since I use it every day it tends to stay non-cluttered but it does get messy. 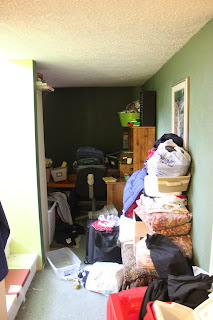 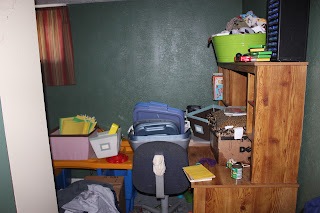 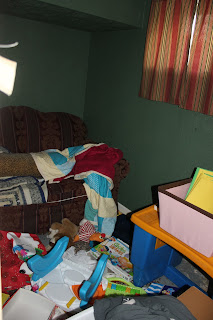 The soon to be playroom.  Again, stuff got piled in here this winter and just needs to be cleaned up.  It's a tiny room, really, but it would be nice for the boys to have a play area elsewhere in the house.

I spent all day Monday and then about an hour on Tuesday working on the entire basement.  I turned the boys room into my sorting room and set up bins for trash, Good Will, and keep.  Then I slowly brought up bin after bin and sorted through every single one.  By the time I was done I took two FULL truck loads of stuff to Good Will and had managed to clear out over half of the bins.  What is left is what I really want to keep either for the sake of a memory or because I will use it again.  I also cleaned out all of my holiday stuff - Fall/Halloween, Spring and Christmas Stuff.  I cleaned out a lot.  So much of what I had was upwards of 20 years old (Yikes!- It was stuff I got my first Christmas in my first apartment . . .wow!) and was showing wear.  I look forward to maybe picking up a few new items this year for Christmas and have a cleaner look over the holidays instead of just a bunch of stuff out and about. One thing I did to make sure that the basement doesn't implode again is to make sure that there was space to put new things that need to be stored.  There are several half full bins that can be added two plus I have lots of empty bins that I can pull out to use if needed.

So, now I think it is time for some after photos :-) 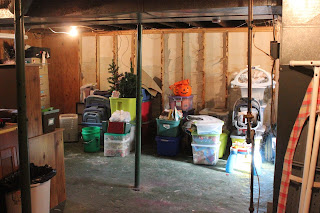 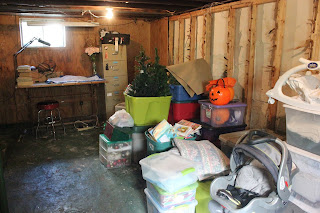 Doesn't it look nice?  It is so open and . . .clean :-)  Plus I have stuff organized and the bins are color coded even though you really can't see that in the photo. 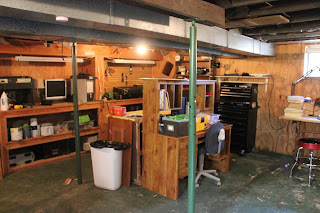 I moved that big desk from what is now the playroom into the basement and it is my "sorting" zone for now.  I have a couple of small baskets on the desk for dropping things until I find a home for them. 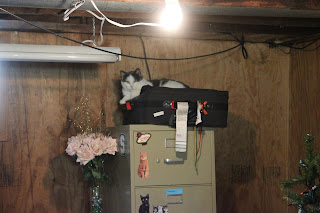 We are cat sitting this week and the cat likes to sit on the suitcase and watch me.  It freaks me out. 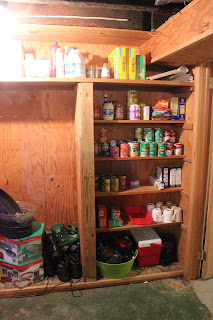 The pantry - all neat and organized :-)  I need to have my husband add shelves to the left side for a little more storage. 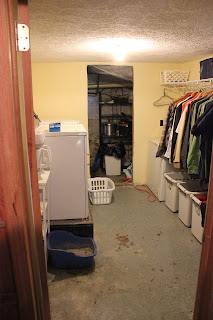 The laundry room all nice and clean and organized :-) 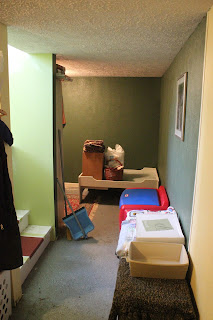 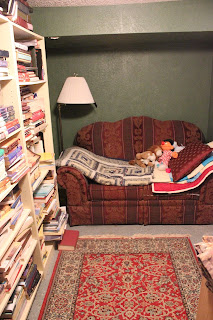 The playroom.  I'll be adding a few toys to this area by the end of the week.  See those shelves of books - I have to do something with those too at some point.  I've had a Kindle for over a year and a half and have not taken a single book off the shelves.  That tells me it is time to let go of the majority of them.  I need to do a little research but I might actually have some books that are worth more than a $1.00 but we'll see ;-)  The bookshelves will come down to add a little more space to the room too.  The boys love having the love seat down there so I don't plan on moving that but I do plan on getting rid of the stinky pretty rug and using something like this on the floor - 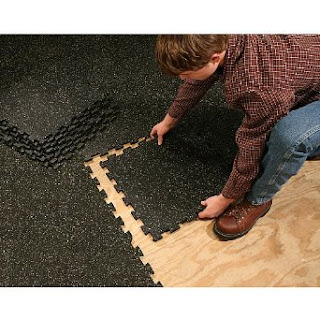 It will give the boys some place soft to play but they are easy to clean and remove as needed.

I also have a few ideas pinned on my Laundry Room and Playroom boards on pinterest that I want to incorporate over the coming months  BUT before I conquer those, my next task is our music/office room that we need to put together.  I'm selling some things on e-bay (hopefully they sell) get some money for a trip to Ikea to buy the few things I need for that room !

I'm very happy with the completed project . .. now, to just get rid of the spiders.
Posted by Jackie Koll at 7:00 AM 1 comment: