One of my guilty pleasures is watching the show "Diners, Drive-in's and Dives." 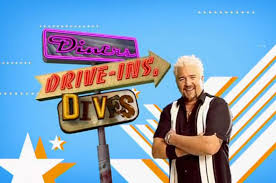 There really isn't anything guilty about it other than watching show after show after show about food!
Last week, there was an episode that feature a restaurant in Lansing which was pretty cool! 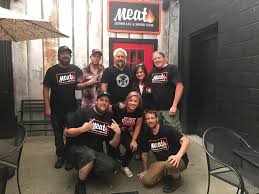 Guy was at "Meat Southern BBQ" and that's just plain cool.  We love good BBQ and enjoy trying out new places to find the best so this is a place that I plan on taking Darryl too sooner rather than later!

Now, several years ago we actually visited a place that was shown on the show called Joe's Gizzard City. 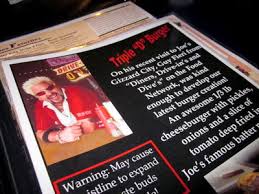 We went with friends and ordered the Cheeseburger mentioned in the above article - it was deep fried and totally gross and greasy HA!  BUT the experience was fun :-)

Have you ever visited a restaurant shown on this show?  Was it a thumbs up or a thumbs down???