This is a week of big change.  We originally planned a camping trip but various things made us cancel not limited to Darryl's back continuing to heal from some issues in May.  So, the plan was to be gone Sunday-Wednesday - the good news is I had written down some "Maybe" things on the calendar so I had back-ups ideas!

Sunday - Attending Worship on the Waterfront again to see Zach Williams who we loved seeing in concert before.  We did not attend.  As much as I'd love to get in free concerts, the number of people trying to squeeze into the space is just crazy.  Instead, we went swimming.

Monday - Camping was on the schedule. Because of the planned camping, I didn't have the extra kids (and won't until Thursday) so that helped our schedule a little.  We went and picked up our fair tickets for the Free fair and then went swimming.  After some very busy days at the pool, it was nice on this day to have hardly anyone in the pool in the afternoon.  Monday evening the boys attended day one of a Community VBS.

Tuesday - Camping was on the schedule.  Since we weren't camping, we decided to take one of the planned days and turn it into a family day.  So, today we started with breakfast at McDonalds before heading to our favorite Lake Michigan Beach for the afternoon.  It was amazing.  The sand, sun and lake are perfect.  Plus, as the afternoon wore on, the waves grew to 4-6 feet and the boys loved the fun!  We enjoyed pizza at our favorite pizza place before heading to the movie theatre to see The Incredibles.  It was fabulous day! 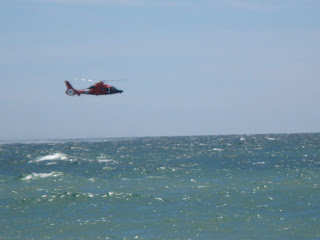 We got to watch the Coast Guard practice drop-in's to the water and water rescues. 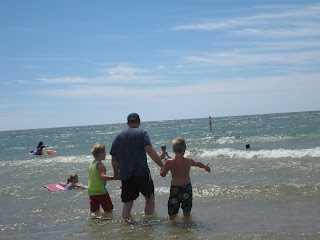 Darryl and the boys checking out the waves 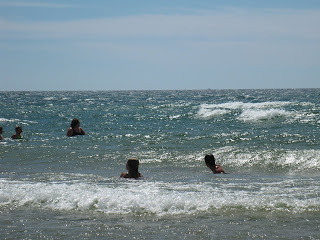 The waves got to 4-6 feet by the end of the afternoon and they were awesome to play in.  The boys and I spent a good hour jumping the waves! 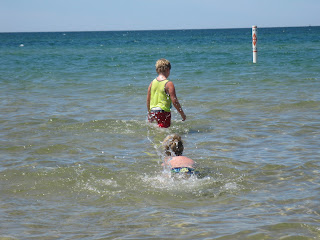 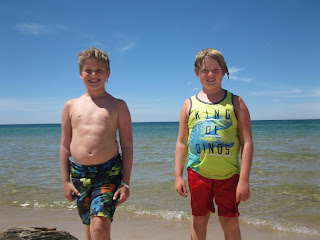 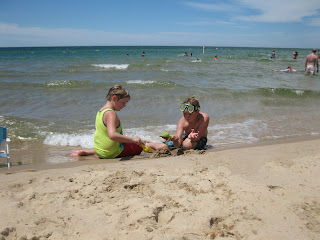 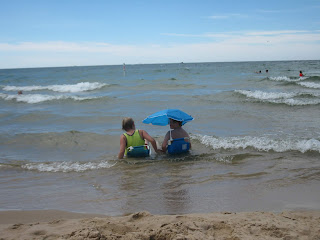 Wednesday - Camping was on the schedule. Today was a recovery day :-)  Laundry, finally turning in the boys books from the school year, and then attending VBS in the evening.

Thursday  - The library activity is a Magic Show.  If the weather is cooler we will have a picnic and play at the park; if it is hot, we will eat at home and then swim! We enjoyed the Magic Show and then hit the pool followed by the last day of VBS 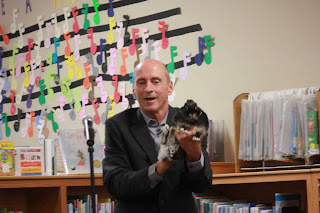 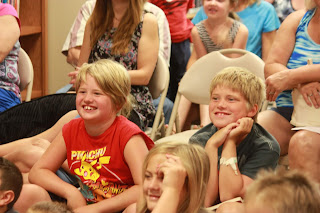 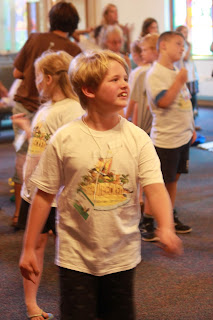 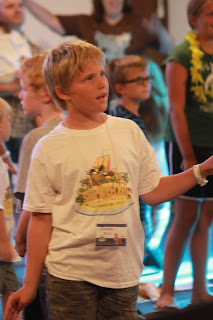 Friday - Making a craft - a Penny Spinner - in the morning followed by Swimming. We did not make a craft but we did swim!

Saturday - Today is the Huge Free Fair Parade which is always fun to attend.  There is also a Lavender Festival that I want to attend just because the fields are supposed to be just amazing to see. It was hot and humid so I didn't even bring up the fair :-)  And I decided I really didn't need to see Lavender ;-) LOL  Instead we took advantage of Western Weekend at the campground and the boys had some fun!  We also attended a Sunday School Picnic at our teacher's house.  The boys loved it because there was a pool with a diving board! 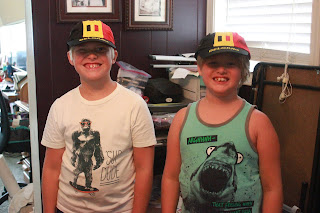 One of the guys in Darryl's group brought the boys hats back from a trip to Belgium. (Nate's hat is sitting funny because he hit his head on a table and had a huge bump on his forehead that made wearing a hat painful.) 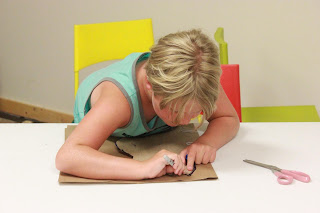 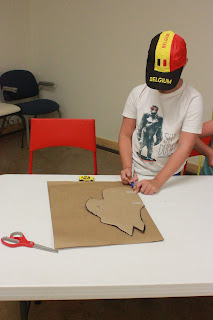 The boys got to make stick ponies at the craft time at the campground. 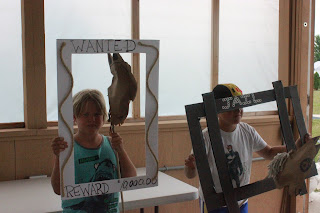 They had fun in the photobooth. 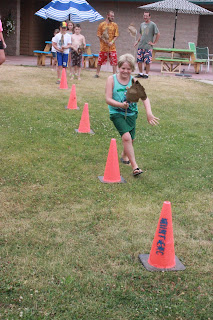 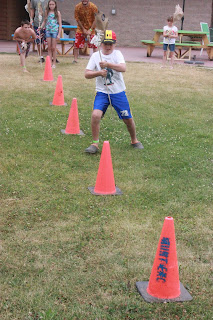 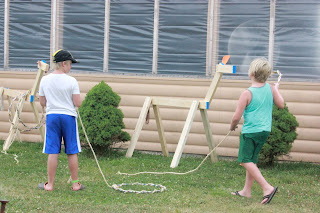 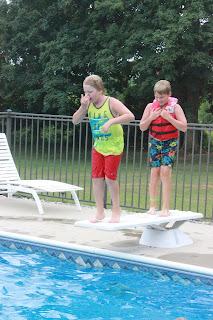 And finally jumping off the diving board!