We signed the boys up for Fall Soccer since they enjoyed it last season.  Josh enjoys soccer and is very competitive but he is extremely excited about playing T-Ball in the spring.  Nate enjoys the "idea" of soccer but it isn't his favorite thing in the world. 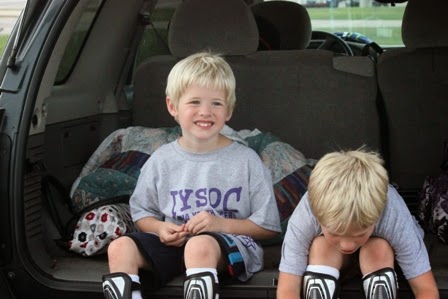 Our first week of soccer was interrupted by a Thunderstorm.  We were all sent to our vehicles for 20 minutes until it passed. 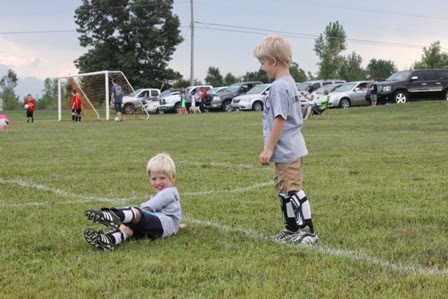 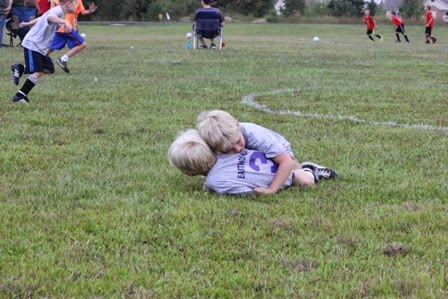 Did someone say football? 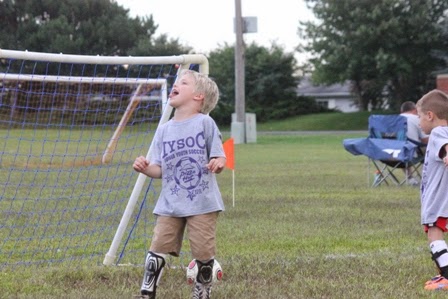 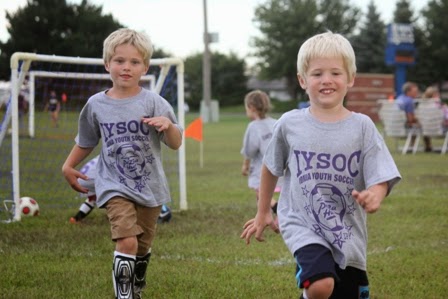 Nate is playing much better this time around - he actually ran after the ball instead of picking flowers :-) 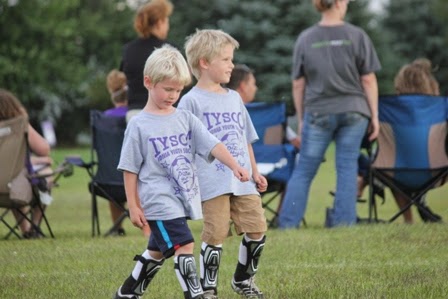 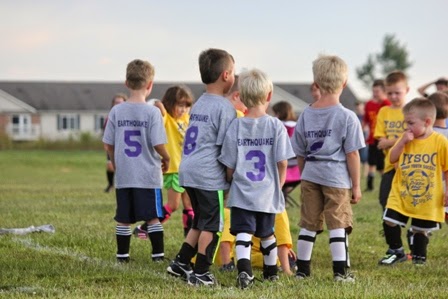 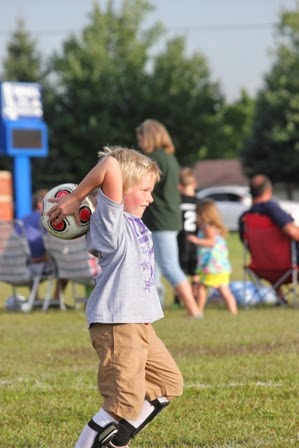 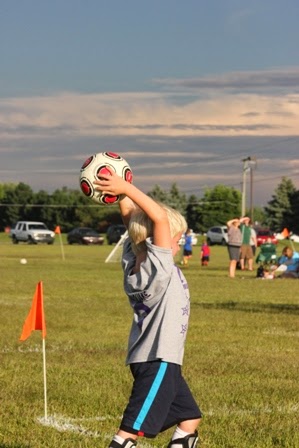 They both got to throw the ball in at some point. 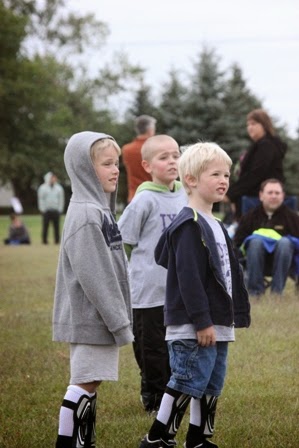 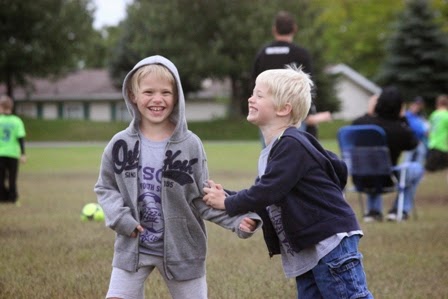 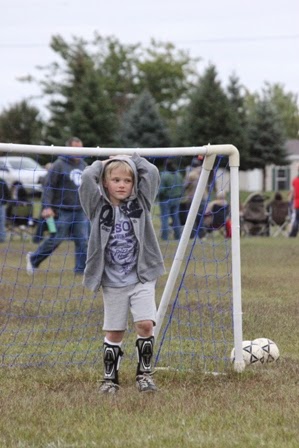 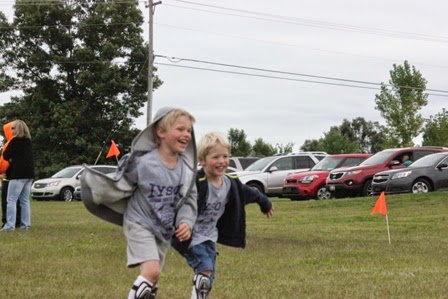 The second week was COLD!  My parents were able to attend the game which thrilled the boys.  Nana was their biggest cheerleader that's for sure! 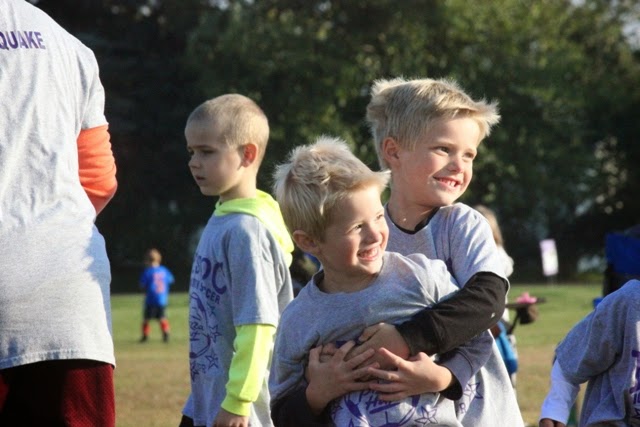 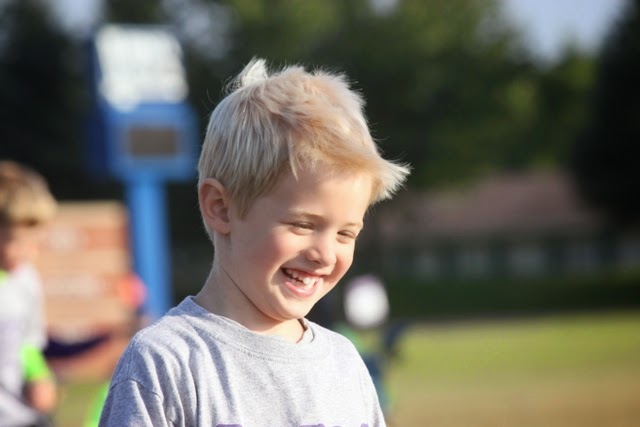 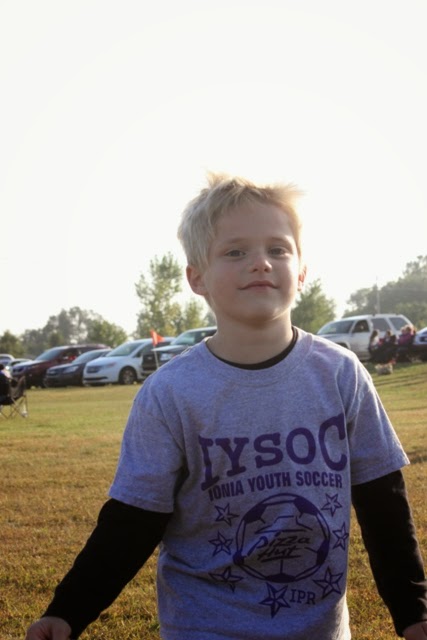 The past two weeks have been beautiful.  The perfect weather for soccer - not too hot and not too cold!  We still have two more weeks left and so far (even though they don't keep score . . .) the Earthquakes have won every game :-)  (The parents keep score HA!)