We are getting back into the swing of things this week!  I'm not doing quite as much as two weeks ago only because I'm also trying to get some deep cleaning and rearranging done this week before I start babysitting again next week :-)

First, I wanted to show you all this picture of a successful "science" experiment! Remember this photo? 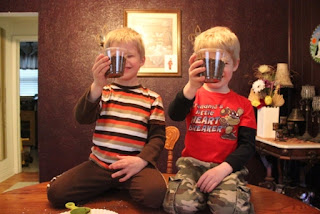 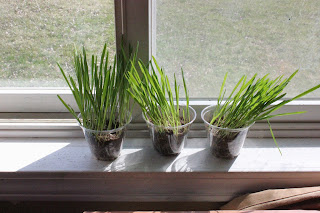 Isn't that awesome?  The best part was that they were in full "bloom" when the boys returned from my parents so it was so much fun to show them their plants!

Here is a "snapshot" of what we did this week! 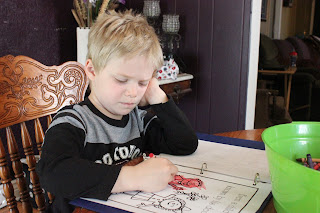 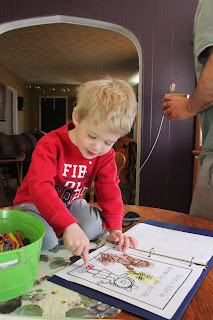 Working on our preschool lessons.  Darryl was home from work on Monday due to being ill and it was amazing to see how the boys responded to him being part of "class".  Josh especially was "showing off" what he know and was on perfect behavior. 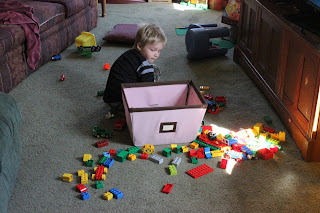 Our Bible lesson that day was on the Tower of Babel so after class, we got out the blocks and tried building towers which quickly turned into  . .. . 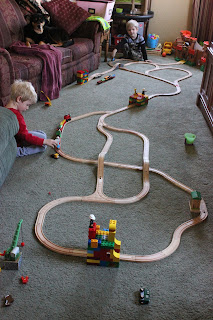 Building train circles.  Isn't that awesome.  I won't like, on Tuesday, this is what they did again in the afternoon but this time Josh built pretty much the whole thing and then the boys played with the track for hours. 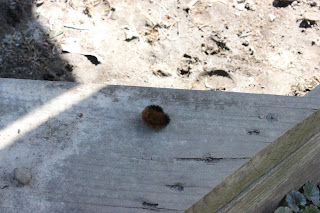 Monday was a beautiful day so we spent a good amount of time outside.  The boys found their first caterpillar.  Ever.  They were both freaked out by it so me, being the tough one, made my husband show them how to pick it up HA!  If I was a great mom I would have gotten a jar and made a home for it so we could watch it turn into a butterfly but am just not that good ;-) 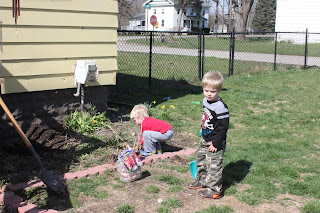 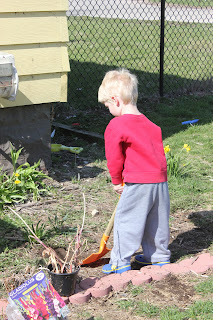 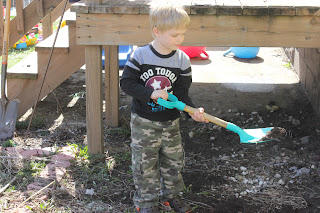 Remember we are studying plants and flowers right now?  Well, Darryl pulled out my ugly rosebush that had seen better days.  Then we all worked on planting some bulbs so hopefully they will grow! 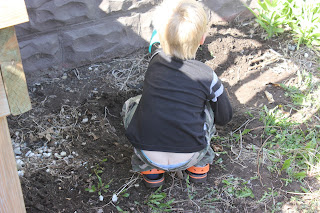 The rest of the week we did lessons, played outside, went to gymnastics, made a trip to the grocery store, visited the Library and even surprised Darryl by attending a concert he had on Wednesday night.  Looking back, it was a busy week!