Worship Wednesday - God of My Everything

Yes, I know it isn't Wednesday but I never got a chance to post this yesterday so I'm doing it today! 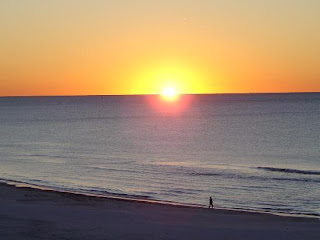 This week, two different youtube videos were posted on blogs I read and both were incredible songs so I really debated what to post.  Even this morning, I'm listening to them again, both are powerful; especially this week.

This has been a "tough" week.  We all have them - when the unexpected literally blows you out of the water not once, but twice.  On Tuesday, the owner of the company Darryl works for was found dead in his home from an apparent heart attack.  Totally unexpected.  He's "young" - only in his 60's.  We feel bad as we've known him for 8 years; we know his family; one of his nephews is Darryl's best friend.  So, we have a connection.  But it goes beyond that.  Since he is the owner of this small, family owned company, there are lots of questions now about the future of this company; which in turn raises questions about Darryl's job.  So now, it is a waiting game; waiting to find out the fate of the company; the fate of his job; trying to make realistic "what if" plans.  It's hard to have faith on days like that.  On Wednesday, we heard devastating news about a family friend.  I will not go into detail here, it isn't fair to that family, but from human perspective it will take a miracle to make things right.  Isn't our God one of miracles though?  There was a special prayer meeting called last night and I know many more are continuing to pray for this situation so we are trusting God to bring the truth to fore front so that the "ugly" parts can go away.  It's hard to have faith on days like that.  Last night, Darryl got home from work later than normal, not feeling well, carrying heavy burdens and with too much to do last night.  The little things that are still big - I still needed to track down formula for Nate.  Due to the huge Similac recall the "special" stuff he uses is obsolete at the moment.  I went to get the stuff the doctor recommended and it's gone too.  I spent extra and bought the premade stuff for now but it is hard to not get frustrated . .. it is hard to have faith that God can supply that little thing.  Plus, I know this sounds silly, we had to get ready for the Direct TV guy who is coming today.  Why?  We lost our service over a week ago.  No TV for a week.  To make it clear, the kids and I watch very little TV during the day.  When they go down for a nap I may watch something I have recorded.  But we do enjoy our shows at night and on the weekends . . Biggest Loser, Football, Amazing Race, Football, Survivor,  . . did I mention football? So I am very thankful the installer is coming sometime today but last night it was just one more stress.  Needing to move furniture so he can get to wires, unhooking the old stuff, making sure the dark corners of my house were ready :-)  We finally had to just say "stop".  And we did.  Darryl stayed home last night at the last minute, it's hard for him to make that call when he feels a commitment; he feels like he is letting people down.  Yet, I tell him, he isn't.  Instead he is helping me; taking stress off of me; taking time for himself.  He needed sleep (he was in bed by 9:45!!) too.  So with all of this going on - I think this is the song by Bebo Norman - "God of My Everything."  Isn't that what He really is?  Even the "Silly" things like getting TV back . .. to the big things, the devastating things?  I hope this song encourages you like it has encouraged me! 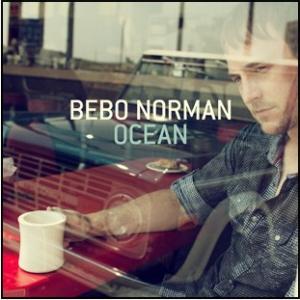 Posted by Jackie Koll at 8:28 AM No comments: