This past week, we got snow!  The first flakes began falling on Thursday, November 13th and the boys were beyond excited.  As a matter of fact, we were about 10 minutes from finishing up school work when it started so, needed to say, school stopped and the boys headed outside. 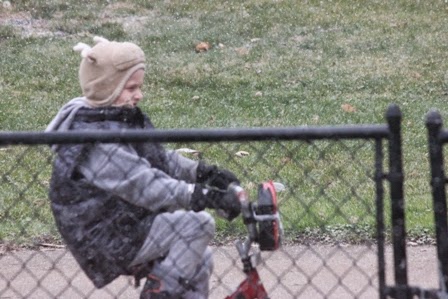 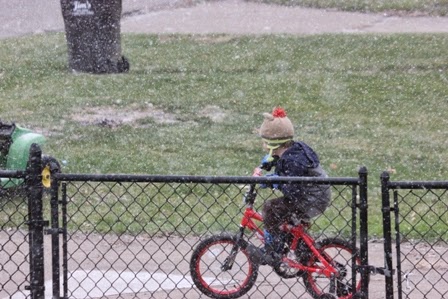 Even in the snow, the boys love to ride bikes. 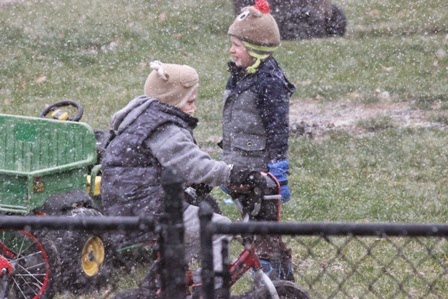 Can you see the snowflakes in the picture??? They also had the John Deere out with hopes of filling it with snow. 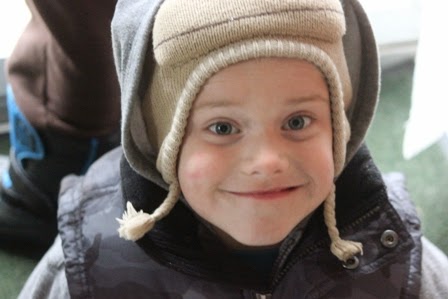 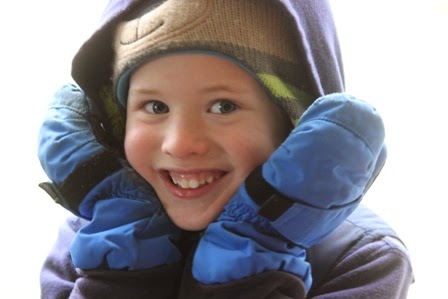 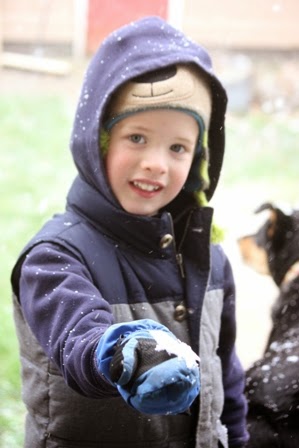 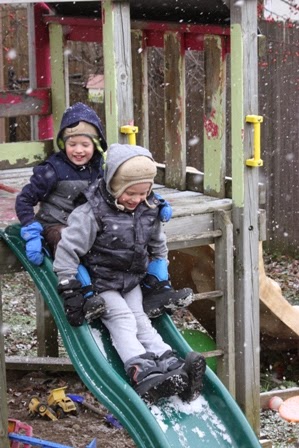 For some reason, the treehouse gets a lot more use in the fall and winter than it gets the entire summer.  They absolutely love playing it and sliding down the slippery slide!

The snow didn't stop though and we had more fun! 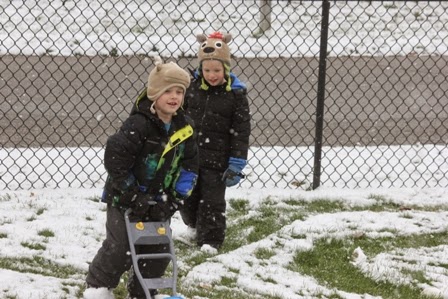 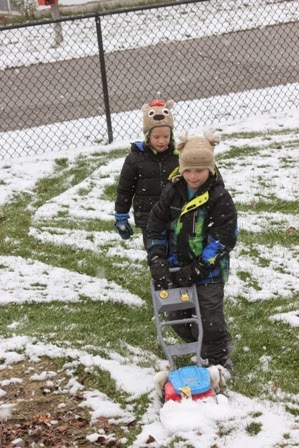 Sunday brought more snow - so the boys felt they needed to "mow" the grass one more time.

THEN the big storm hit.  We ended up with about 12 inches of snow by the end of the day Thursday.  My boys were beyond thrilled and spent hours outside.  On Wednesday, I believe, Josh went outside at 1:30 and did not come in until 4:30.  He loves the cold and snow so much! 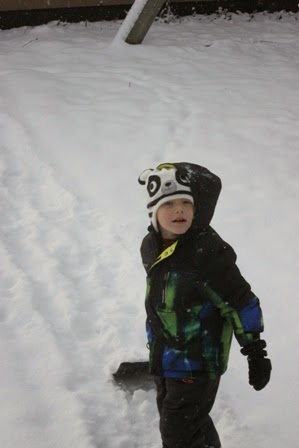 Josh started right out shoveling  - something he usually tries to help with every year. 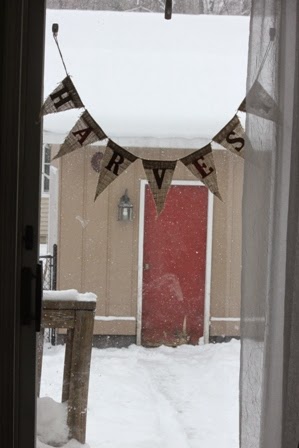 This photo speaks volumes - we are in the "Harvest" season - getting ready for Thanksgiving - yet we were in the middle of a snow storm! 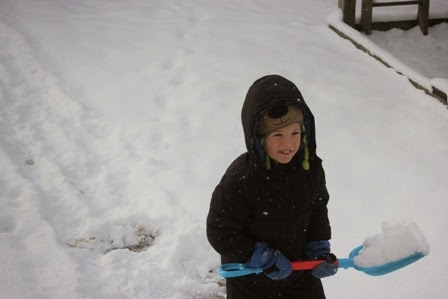 Nate is also a great helper. 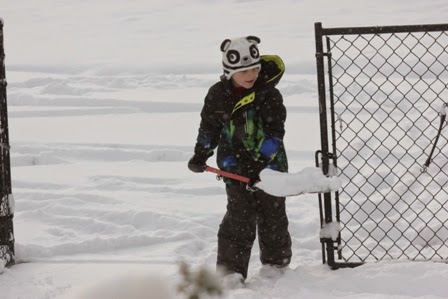 Those boys moved a lot of snow!!! 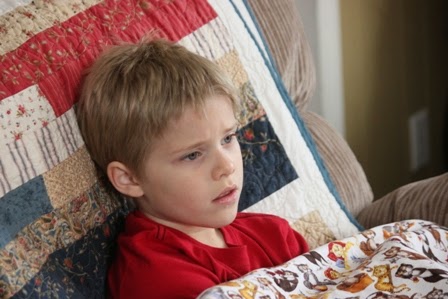 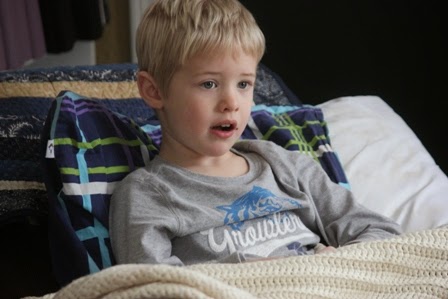 After spending hours outside, they both snuggled into chairs with blankets and pillows and watched HGTV with me for a bit. 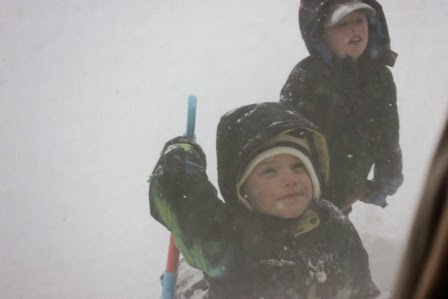 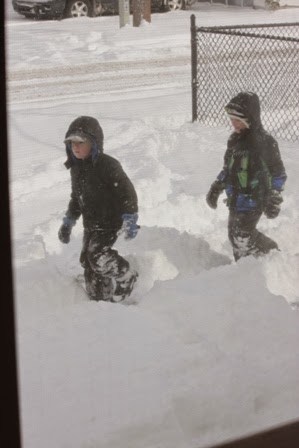 Thursday was really the snowiest day - we had white out conditions - it was beautiful (from inside!)  The boys got to play in the front yard for a bit because they wanted to knock down the huge icicles.  Funny thing, I heard a huge bang on the house so I looked outside; Josh saw me and said, "Nate we can throw the shovels to get the ice but don't throw it by the window" haha  Smart move Josh!  They also shoveled off the front porch for me and then used their shovels to make mazes in the snow.  They did try to make an igloo but my perfectionist (Josh) had a total breakdown because "I can't build anything!!" Poor kid!