You may recall that Nate's birthday was on December 22nd and shared all about his birthday activities HERE. This year, both of the boys chose going to a Hotel (with a pool, of course) as their big birthday item instead of having a big family party.  Instead of trying to fit this getaway into a very busy month of December, we decided to push it into January and this past weekend was the first weekend that was open since my husband worked the previous two weekends.  To say my kids were excited about this is an understatment - Josh had been counting "sleeps" since the Sunday prior to us going and every morning he would get up and say, "Nate, just 4 more sleeps until we do your birthday hotel".

The kids were up early on Saturday morning (like 6:30 AM early .. not when I wanted to get up,that's for sure). We had to convince them that they could only take two special friends (i.e. stuffed animals) and Nate tried to convince us that he had to take 3 HA  We finally convinced them both that their other friends would keep the animals company at home ;-)  We had a late breakfast of Holiday French Toast, Sausage and Bacon before loading up and heading out.  Amazingly, the weather was like springtime so no coats were needed to start our trip.  As we got closer to our first destination, we caught the sounds of pre-puke. Yep, car sickness has reared its ugly head again but at least we managed to give Nate a bucket (we've learned!) and yes, we were extremely excited when he actually used it!!!  ;-)  (Not happy he puked but at least he used the bucket, right?)  Poor little guy :-(  Once he emptied the contents of his stomach, though, we were good to go the rest of the day.

Our first stop was the Grand Rapids Children's Museum.  We haven't been to the museum in 2 years and the boys had a blast.  To make it better, we picked up a pass from our local library which made the museum FREE!!!  (There is a reason we haven't gone in two years . . .it's a little pricey!).  The boys played for over 3 hours; and by boys I mean Darryl too!!  Here are a few of my favorite photos from the fun museum adventure! 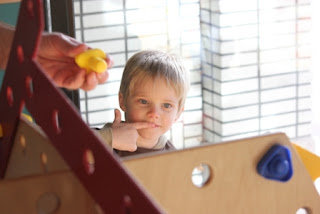 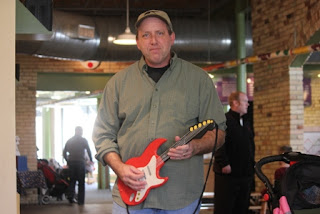 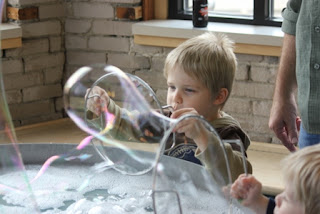 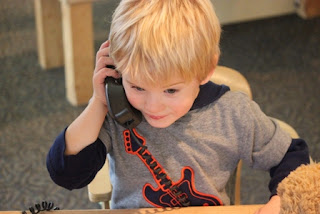 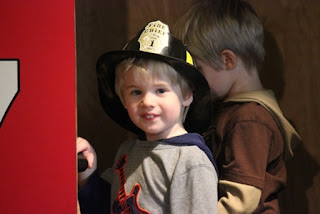 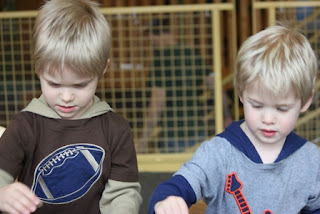 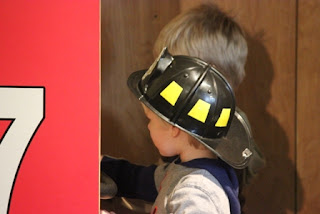 After leaving the museum, we headed to dinner (early dinner . .. ) at the Beltline Bar - our favorite Mexican Restureant and, by "our" I mean all of our favorite - even the boys.  The boys can down chips and salsa like nobody's business!!  We ran a few errands after dinner - a stop a Kohl's for a frame to replace one that broke and a new pillow for Josh.  His main pillow had to be thrown away after a puking episode when we were all sick.  He was so proud of his new pillow and carried it through the store and out to the truck :-)  We also stopped at Hobby Lobby because Josh wanted now stickers for his airplane he got for Christmas.  (he think you should take stickers off of it and put new ones on all of the time . .. ).

FINALLY, we got to our hotel.  Can I tell you that Priceline is my best friend?  We picked up a room at one of the nicest hotels in Grand Rapids for $40.00.  The hotel was fabulous and the pool was picture perfect.  The boys had so much fun swimming before we headed back to the room for snacks, chocolate milk and bedtime :-)  Yes, the boys were asleep in about 2 minutes - we wore them out!!

We started Sunday morning with a fun breakfast.  This hotel does not have free breakfast (it's too upscale HA) but there was a Tim Horton's across the street so Darryl drove over and picked us up Coffee, breakfast sandwiches and donuts.  We hung out at the hotel until almost noon before heading to Chuck E Cheese.  The boys have been asking to go there for awhile so we figured this was the perfect time.  We used a coupon to get a good deal on Pizza and tokens :-)  I didn't take my camera in with me so I could just play but we did get these photos ;-) 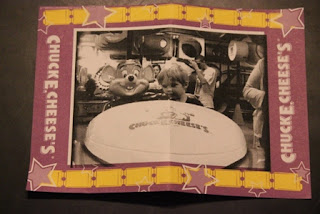 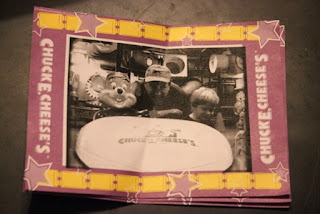 What a fun weekend! And, thanks to priceline, I think this is something we can budget for every few months - it is so much fun to get away from home and just hang out together as a family !
Posted by Jackie Koll at 8:00 AM 1 comment: