We had a lot of fun for the Fourth of July this year.  Between our own family fun and heading to my Mother-In-Laws for the actual Fourth - it was just a fun time all the way around.

For the first time ever, we purchased some Fireworks for the boys.  I went with some of my all time favorites that I remember as a kid - Pop-its, Smoke Bombs, Snakes and Sparklers. 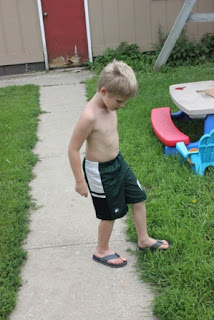 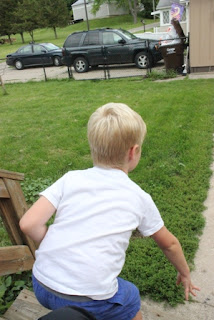 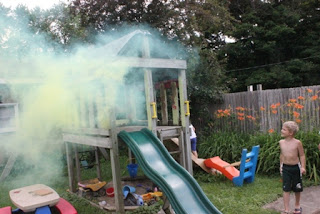 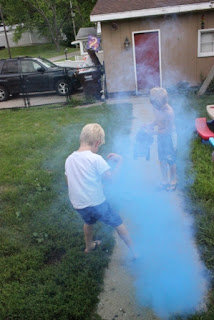 I'm not sure who had more fun with the fireworks - the boys or Darryl!  We ended up doing fireworks for the entire week after the Fourth of July too.  The boys love them and may or may not have a new interest in Fire :-/ 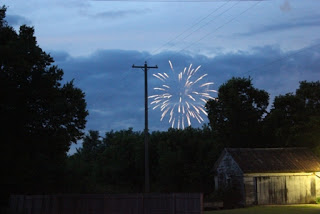 As is our tradition, we went to sit outside on our front deck to watch the fireworks.  Well, the mosquitoes had a different idea - they were awful!  So bad in fact . . . . . 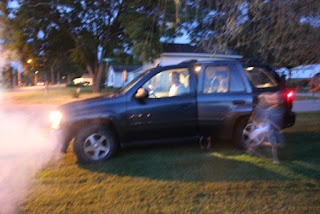 That Darryl got the truck, parked in the front yard and we all sat inside the truck watching the fireworks!

On Saturday, the Fourth, we loaded up and spent the day at my Mother-in-Laws house at the lake.  The boys had the opportunity to play with their cousins on that side of the family including several that they had never met.  (Technically they are "step" cousins but they are still cousins!) 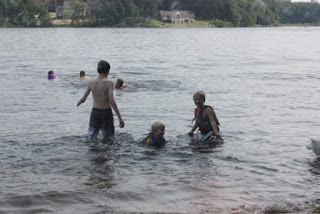 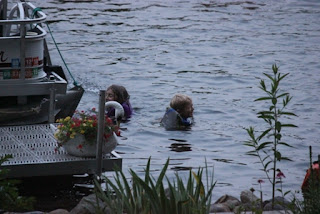 One of the best part of the day for the boys was the swimming.  My in-laws live on a lake so the boys spent a good portion of the day in the lake enjoying their life jackets :-)  They also had multiple rides on the boat and got to go with their Uncle and Cousins to feed their pigs, twice. 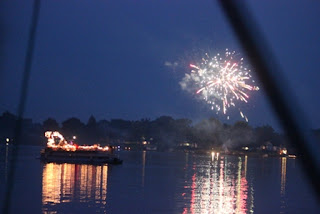 We ended the night taking the boat out on the lake to watch the fireworks.  They were amazing.  About 4-5 residents set off their own fireworks and put on quite the show.  Probably the best firework show I've ever seen!

The boys were sound asleep within about 2 minutes of heading home so that means . . .it was a great day!