What I'm Reading - for Real

I figured it is time to get back to sharing some books! 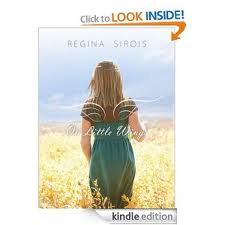 On Little Wings by REgina Sirois is a fantastic book.  It is one of those books that reads like you are in the story and you become part of the family.  It is a story of a young girl who discovers a photo that opens up her family history and sends her on an adventure to restore many hurts.  I will say that as well written as it is there were a few slow places that I had to get through and the end, sorry to say, I found slightly anti-climatic after the build-up throughout the book.  I wanted more and didn't get it but maybe she'll write more later. 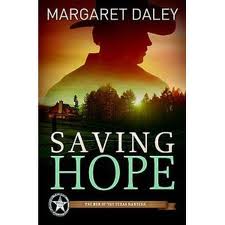 Just recently I started reading Saving Hope by Margaret Daley.  The premise is surrounding a large prostitution ring in Texas that targets young girls.  The main character in the book runs a home that takes these girls in and tries to help them recreate their lives.  Several of the girls begin to face some desperate situations and a Texas Ranger becomes involved in solving the case.  So far it is a pretty good book - it isn't as well written as some but I haven't stopped reading it yet :-)

I actually have some non-Kindle books that I'm going to read next - my mom brought me a book in one of my favorite series along with another book she said she couldn't put down.