We are getting back into the swing of things around here with preschool but we still had special "guests" two days so didn't get as much done as I had planned. 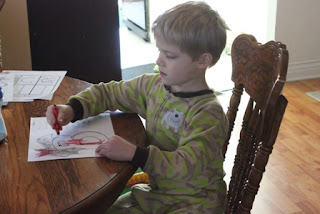 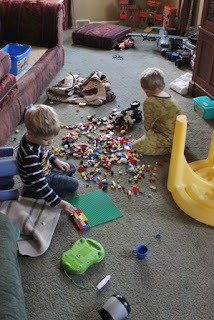 Our afternoon fun was lots of Legos and lots of building!! 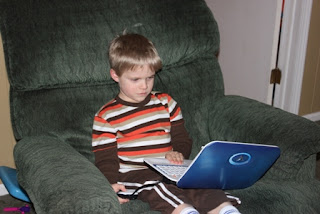 The boys each received a little laptop for Christmas and Josh has finally figured out how to play the games on his.  He really enjoys it and, his favorite game is a game with a clock.  He know will look at a clock and tell me what "time" it is - he says two times like, "It is 1 o'clock and 3 o'clock mom".  When it is really 3:05 (where are the hands pointing at that time .. . to the three and the one on the clock!)  I love that he is making that connection even though it isn't 100% right yet. 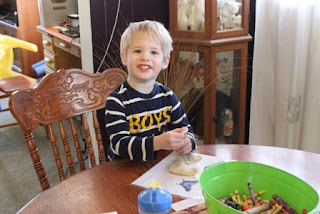 The boys have really started to love our play dough.  They played with it for hours on two different days.  I also got out the cookie cutters to use after they made a letter "B" :-) 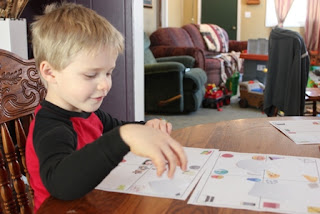 We also practiced shape recognition - the boys did these pretty quickly which was a nice thing.  At least they know their shapes :-) 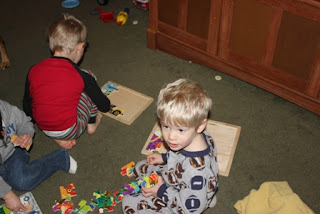 We started school one morning with lots of puzzles.  We then went on a color hunt and did some counting practice.  All using toys they had out and were playing with in order to transition more easily into our table work. 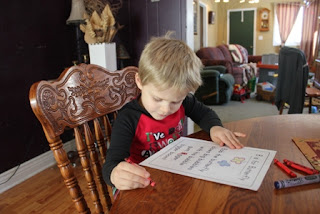 Josh really worked hard on this day - first looking for the letter "B" in a story and then practicing writing "B" - he traced everyone of them perfectly. 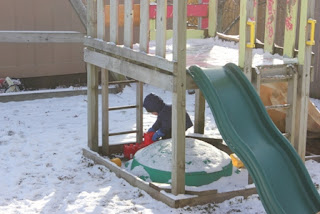 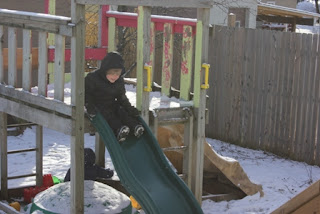 FINALLY, the boys got to play in the snow.  It was bitter cold at the beginning of the week so they couldn't go out but on Thursday, even though it was only 15 degrees, the sun was shining and there was no wind so I bundled them up and sent them outside.  They played for over an hour before coming in with ice cold cheeks (but the rest of their little selves were nice and warm thanks to Nana picking out fantastic winter stuff!!)

We really did have a great week and I'm looking forward to an even better week next week. We have "guests" just on Monday then it is back to normal.  I have turned Friday into my planning day and we don't really do any lessons.  If I don't prep everything for the week before (cut everything out, prep art projects etc) then those items end up not getting done.  If we have time (and I have the ambition) then I figure we can play a game or do something else fun.  I think the boys also like to just play on Fridays without having to stop to do class.