Happenings In this House

Wow!  Another week has flown by and it's time to show (and tell you ) about some "Happenings in this House"

First, I wanted to give an update on my sister-in-law, Nora.
She did have surgery on January 16th.  When she went in, the doctor was pretty confident that he would be removing the entire left lung but God had a miracle in the works!  When all was said and done, they "only" had to take the upper lobe where the tumor was sitting.  They did not have to break any ribs and she did not end up in ICU nor did she have to have a breathing tube left in after surgery - all things they expected to have happen.  Of course, they did a biopsy of lymph nodes to find out if it had spread . . .the doctor let them know before she left the hospital that everything was clear!!!  She goes back soon (if I remember right, it was 3 weeks after surgery, so soon sounds good!) for a scan to look for any other cancer; than she goes back in 6 months and than annually, I believe.  The type of cancer she has does come back sometimes which is why she'll have that annual scan to make sure nothing is popping up anywhere but at this point, there won't be any chemo or radiation!  It's just amazing!

And now, here are some photos from our week: 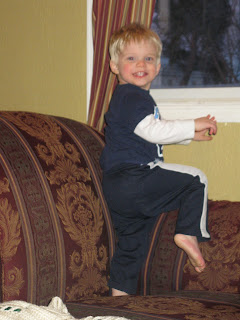 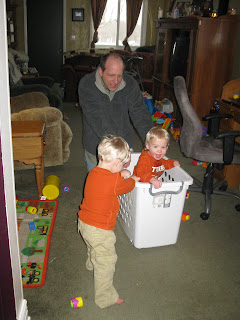 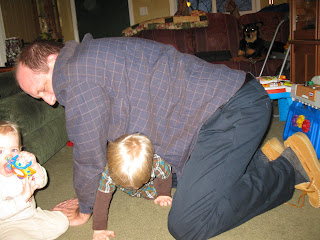 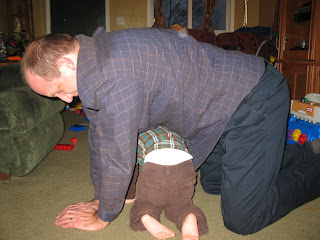 A couple of fun stories to share!
Lately, when Josh is playing, he will stop all of a sudden look around, put his palms up in the air and say "Whereisit?" "Whereisit?" "Whereisit?".  Most of the time I cannot figure out what is "missing".  Today, though, he was playing with his tool bench when he started asking that and pointing to one of the pegs where the tools hang - he was looking for his hammer.  A while later, he was playing with some other toys when he came running over to me with the hammer and said "SEE!!!" and than took it to his tool bench.  It was just so cute!!
Than, his other "new" word is "ewwwwww" :-)  We had fried rice with dinner and he kept saying "ewwww" and throwing it on the floor.  I guess we are little dense because it took us awhile to figure out that he wasn't being silly but rather was actually telling us he didn't like it LOL  He wanted "Cheeeeese"  (Mac and Cheese) instead.

Nate surprised is recently.  We were sitting at dinner one night this week when Darryl looked at Nate and asked, as we both do, "Would you like more rice?" (Or whatever is for dinner) and Nate said "yes".  Just like that LOL  We both looked at each other and said - "did you hear what I heard?" hahahaha

So there we go!  That's our Happenings for the week!
Posted by Jackie Koll at 1:09 PM No comments: