This week included a holiday which brought lots of fun!

On Saturday I took the boys to a movie first. 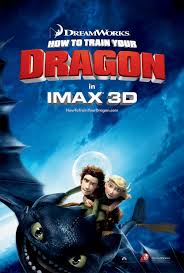 The boys have been asking to see a 3D movie but up until now there really hasn't been one that I felt comfortable taking them too.  One of the theaters in town does a free movie each week and it just so happens that this weeks movie was "How to train your Dragon 3D"  Perfect!  The boys were pretty impressed but it wasn't quite "scary" enough for them - they said they didn't jump out of their seats like they thought they would HA!  After the movie, we headed to the campground to swim for awhile.  Later in the evening I realized that it could be the last Wagon Ride of the Season so the boys and I zipped up to the campground just before 9:00 and caught the last ride of the day!  Whew!

Sunday - Church, Swimming, and a cook-out! 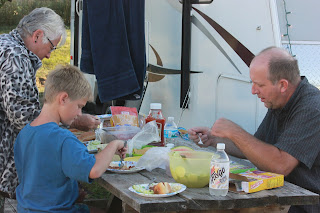 After church and lunch, the boys and I headed to the pool for a few hours.  It was the busiest that we had ever seen it!  Whew!  Perfect weather and the pool was near perfect too.  After running home to change, we headed back to the campsite for a cookout!  Lots of good food - Hotdogs, Potato Salad, Cucumbers in vinegar, baked beans, and, of course, S'mores!  This time I brought Grasshopper Cookies (like Girl Scout Thin Mints) and used those to make S'mores.  Best. Thing. Ever.! 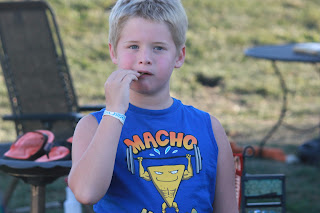 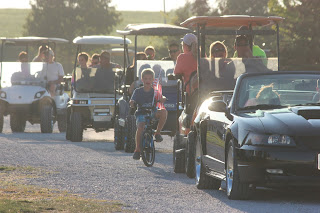 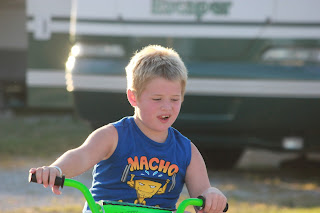 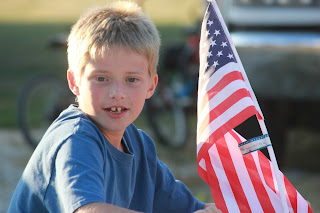 The boys partcipated in the Holiday Parade around the campground again - they were the only kids who rode their bikes! 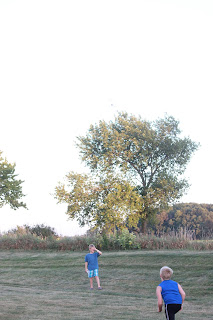 Then came the bottle flipping compititoin between the boys and Darryl. 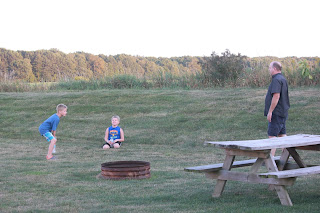 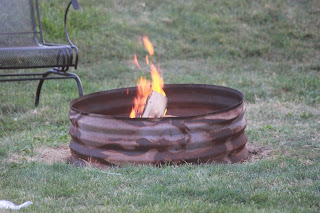 My mom and I enjoyed the campfire while the boys all played! 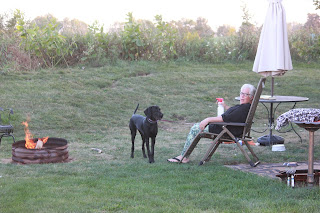 We enjoy having Nana close by in the summer!


After a fun filled weekend, we started school on Tuesday. 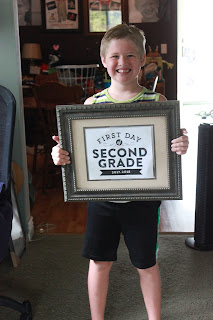 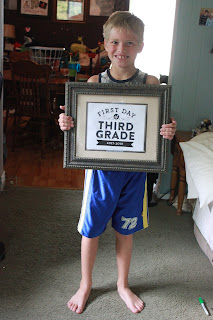 And, that has pretty much consumed my life HA!  For real.

We started Friday school this week too.  It's a fun but tiring day for all of us! 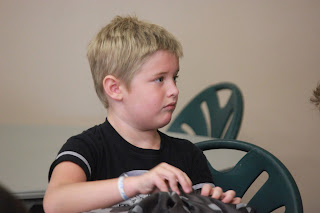 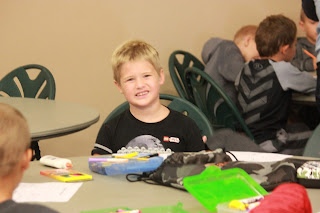 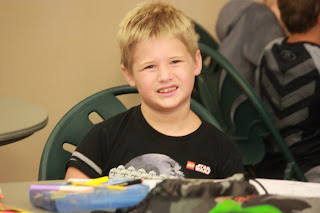 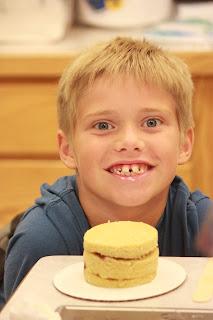 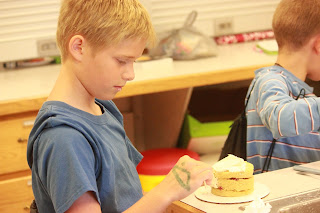 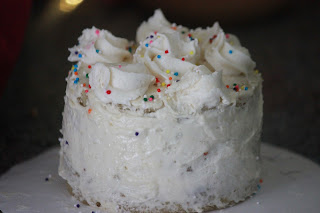 Josh signed up for a baking class and got to decorate this cake today. 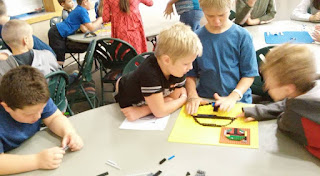 Both boys signed up for a class based on Star Wars Jedi.  They got to build with Legos ;-)