This year the boys requested that Darryl take the day off work for his birthday so that they could enjoy the whole day with him.  The morning started with breakfast at McDonald's.

Later in the day, we attended the boys parent "watch" night for their gymnastics class. 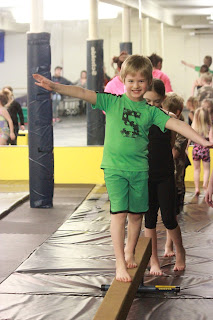 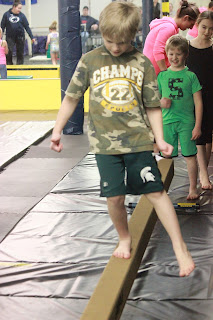 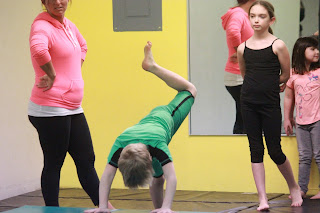 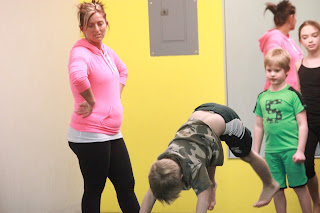 After gymnastics, we took Darryl out to dinner at Applebees where he even got a free dessert (which Josh promptly ate.) 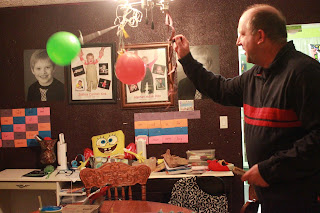 Once we returned home, Darryl got to enjoy his gifts.  I didn't get a photo but I did get him 5 balloons to tie on the banister.  (5 for 50 years!) So, the boys and I had stopped on Saturday morning and picked out the balloons.  It was REALLY windy.  I got them to the truck but as I was tucking them in, I lost not one, not two, but THREE balloons!!  I was so stinkin' mad!  We had to race to AWANA games practice so after the practice we had to stop at the Dollar Star and buy THREE more.  All for the birthday boy! 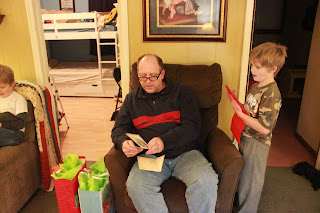 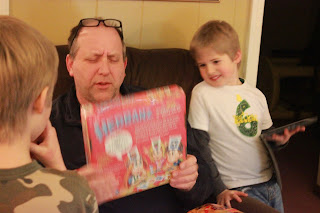 Gifts came next.  I tried to steer the boys toward gifts that Darryl would enjoy.  They bought him some of his favorite treats and some games. I got him a weekend away which was scheduled in April. 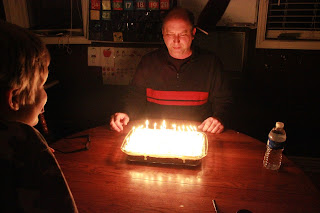 Finally came the cake.  And yes, there are 50 candles on that cake.