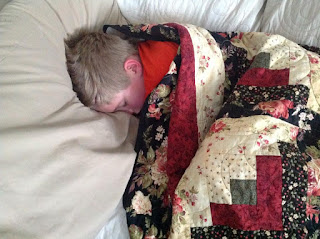 So this is how our week started.  Actually on Saturday, the boys and I went to a baby shower at church and other than their colds both boys seemed fine.  By Saturday evening Josh said his ear was hurting.  He ended up being up most of the night due to the pain.  Thankfully one of our two local walk in clinics is open on Sundays so I was able to get him in and this photo was taken after a dose of antibiotics (for the ear ache) and Benadryl Congestion (for his cold).  He was wiped out! 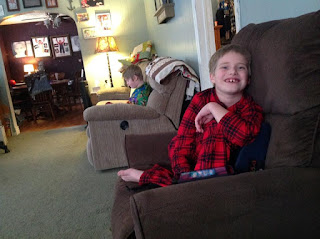 This was taken almost 24 hours later on the dot!  It's amazing how quickly those medications work!  We had Monday off due to Presidents Day (yep, even homeschoolers get a holiday) which was actually good so that both boys could have a low key day and get some rest.  The colds seem to finally be going away and everyone is getting back to normal. 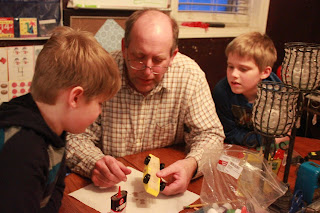 This has been happening several nights this week - Derby Cars.  The Grand Prix is today so Darryl and the boys worked on painting and decorating the boys cars this week. 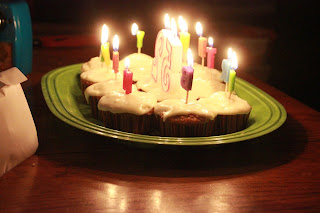 The big event this week was Darryl's birthday!! 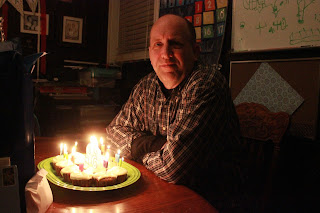 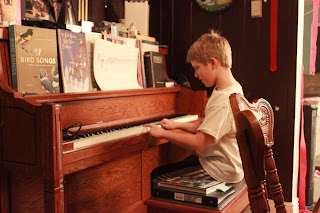 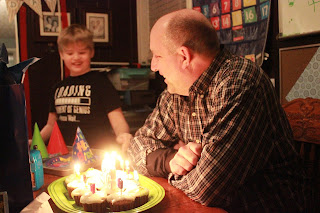 Josh and Nate planned a surprise - Josh played Happy Birthday on the piano and Nate brought out a tray of birthday hats/plates/blowers that he had hid in the bedroom.  They had a lot of fun planning all of this fun stuff! 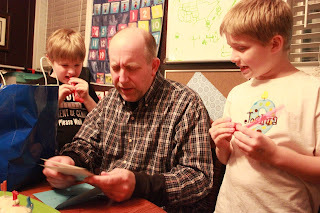 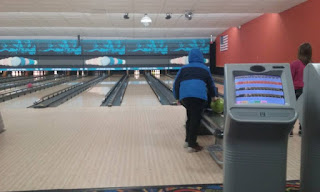 Thursday night was the 2nd night of bowling (and Darryl's birthday!).  Yes, Nate is wearing his coat - the bowling alley was so cold this week!  (Last week they were sweating HA!) 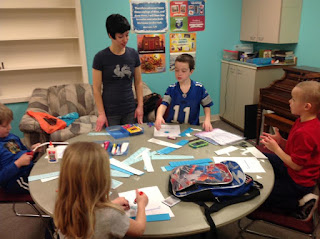 Just one shot of Friday school - Nate is on the left hand side.  Fridays are fun but long days.