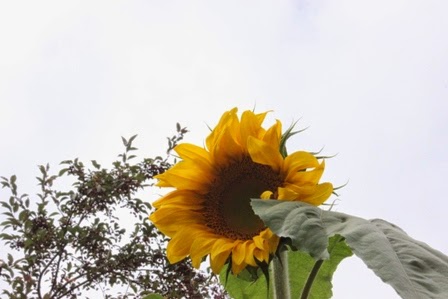 I had to share this photo - our gigantic sunflower outside the garage door has opened!!  This brought huge excitement at our house. 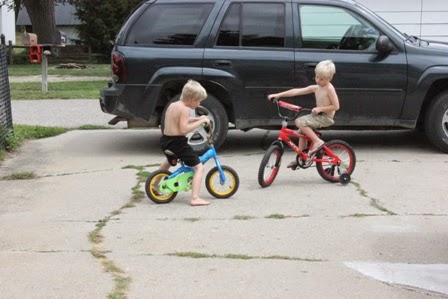 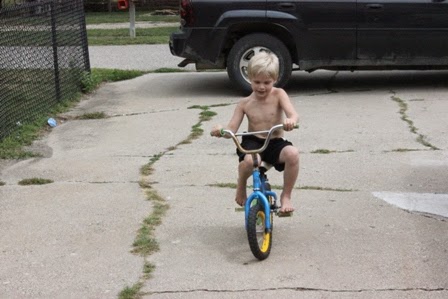 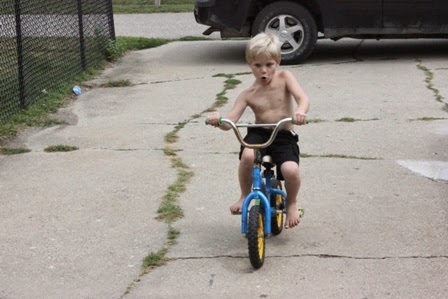 Love that face of total concentration. 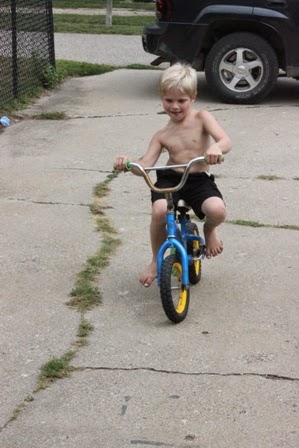 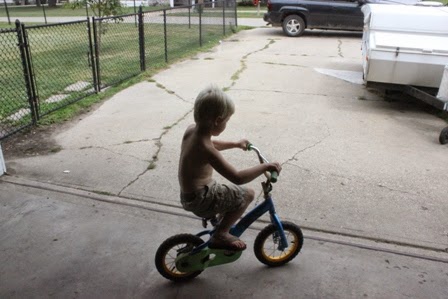 Nate is very determined to be as good, if not better, than his big brother. 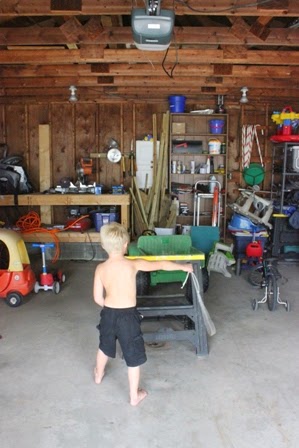 (Side note - Josh found some rope and was pretending he was using a lasso . . .) 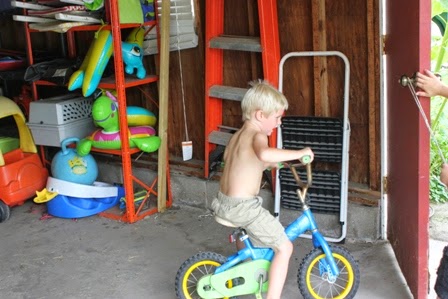 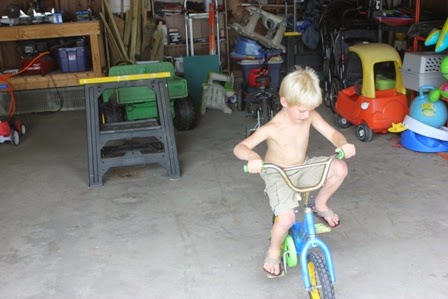 Nate working on staying up on two wheels!

Both boys are doing well with the lack of training wheels.  Josh even told us while camping that he was ready to have the training wheels off of his bigger bike now too.  I will say that we don't have those photos of the parent holding onto the back of a bike and then letting go because all I hear is "Let go of the bike I can do it on my own." hahahaha
Posted by Jackie Koll at 7:00 AM No comments: