This past weekend we celebrated Josh and his 9th birthday.  He's such a great kid with a sweet, tender little heart.  He is a rule follower and is always concerned about others.  We are blessed to have him in our family and we got to do some special things with him this past weekend!

I have some traditions for birthdays and sometimes I feel like no one else notices but, just the week before Josh's day, both boys mentioned some things matter-of-factly that happen on their birthdays. 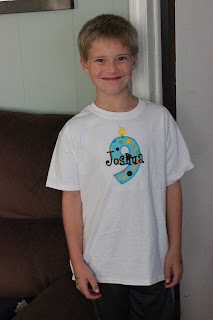 One of those things is their birthday shirts.  The boys talked about getting their shirts to wear on their day.  I love these shirts and might make them wear one every year until they are 18! 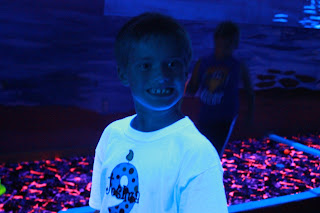 Josh chose to do his "stuff" on Saturday, the 21st.  We started our day at a place called Glow Golf where we got to play golf in the dark with a black light.  It was awesome!  We had never been to this place and it was so much fun.  Once done golfing, there were video games and an Air Hockey Table to keep us busy for a bit too. 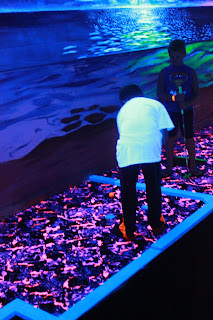 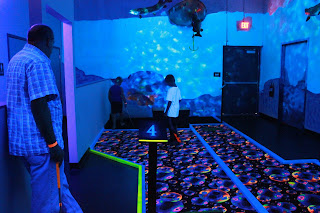 Josh also got to pick his lunch restaurant and he chose a Grand Rapids staple - Russ's.  For whatever reason, he loves their chicken strips, fries and applesauce.  To top it off, he got a free hot fudge sundae for his birthday too! 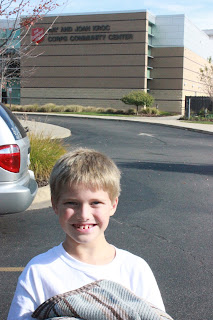 Josh second activity of choice was to go swimming at the Kroc Center.  It has some water park like activities with a lazy river, a water slide, and more.  We spend about 3 hours there and had so much fun.

After all of that swimming we were hungry and Josh's choice for dinner was . . .Checkers (or Rally's depending on where you live). Yep, a drive-through only hamburger place HA!  I should be grateful my kids are in their "inexpensive food taste" stage right now! 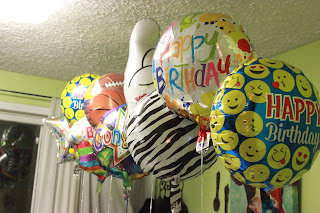 Of course, another tradition is the balloons.  I get them one balloon for each year - thank goodness for the dollar store and their balloons! 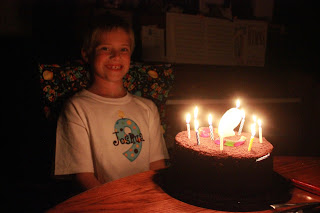 Normally, I'd be a stickler about waiting until the actual day for cake and gifts but Josh had his heart set on doing it all on Saturday so we decided that since it was just the night before, we'd let him do it this time.  He picked out a dirt cake with (gummy) worms from Meijer (another tradition - they get to pick out their cake at the store!) . 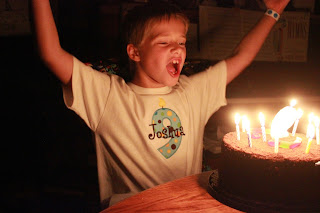 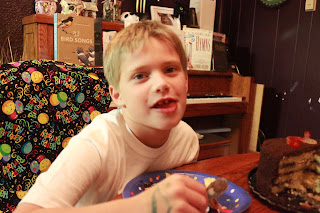 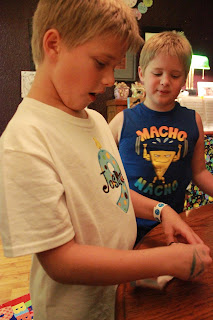 Gifts are always fun!  He started with opening his gifts from Nate. 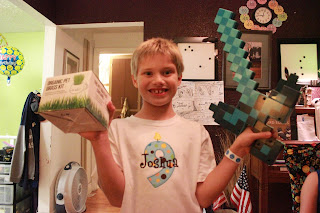 These were his two favorite gifts at one point - a Minecraft Sword and a thing to grow cat grass for the cat. 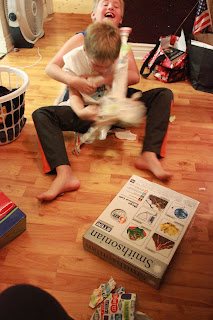 But . . then he opened this science kit that he has wanted for an entire year and it became his favorite HA! 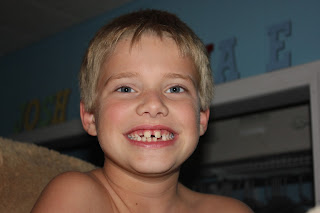 One last photo of my cute 8 year old before he turns 9. 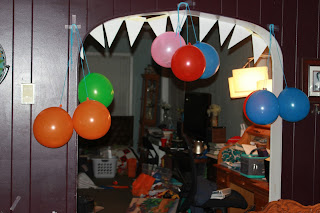 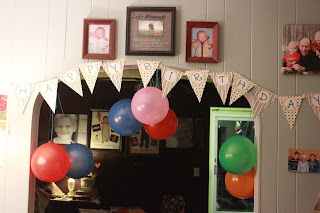 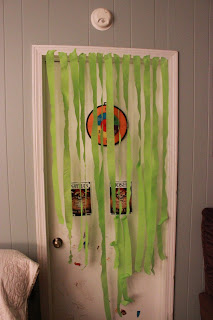 All of the fun decorations that go up after the kids go to bed.  Those balloons - another tradition that was talked about very matter-of-factly.  "Mom, I will wait until my actual birthday to pop the balloons with my money". HA! 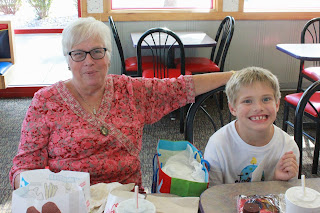 On Sunday, we met Nana at Arby's (Josh's choice) for lunch and gifts.  Nana had the whole restaurant sing Josh Happy Birthday and then, when we ordered, the guy taking our order payed for Josh's lunch since it was his birthday.  Seriously.  It was such a nice thing to do! 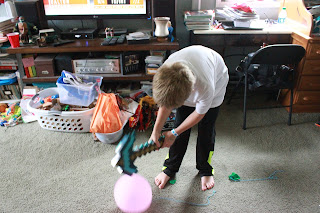 Josh finally got to put his "money balloons" ($1.00 for each year stuffed inside balloons!) 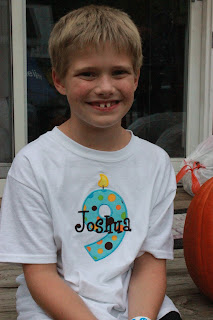 A little photo shoot with my cute 9 year old. 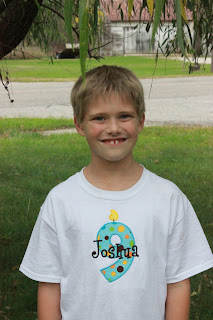 Such a fun weekend with a great kid!
Posted by Jackie Koll at 7:00 AM No comments: