After a very mild winter, we got hit with a true snow storm on Monday. I can honestly say that I can't remember when the last time was that we had a true "Snow Storm Warning", not just a "Snow Advisory."

So, I took some "before" photos: 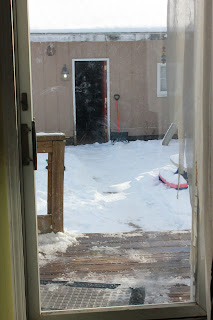 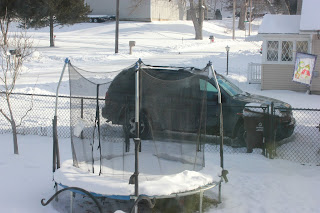 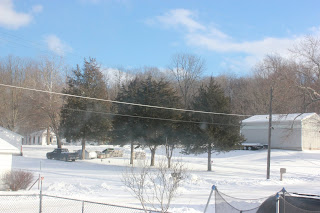 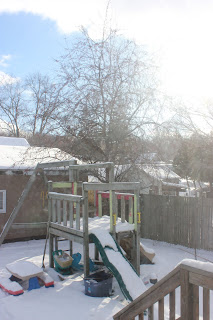 Most impressive is the beautiful blue sky and the sunshine! 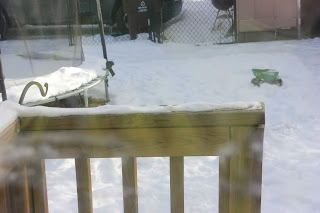 We had some snow at the end of last week so we weren't dealing with total green grass but we the total so far had only been a couple of inches.  Nothing too impressive.

Then, some after photos from Monday: 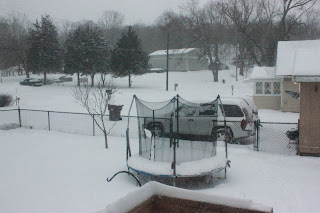 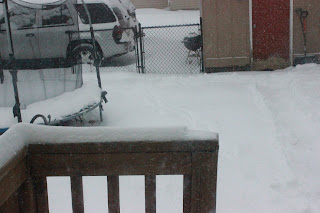 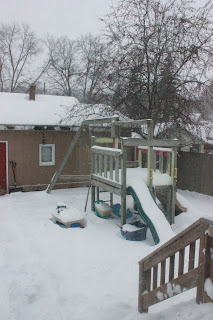 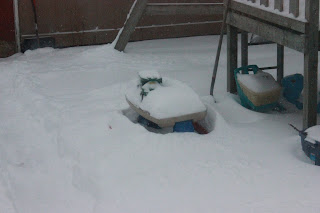 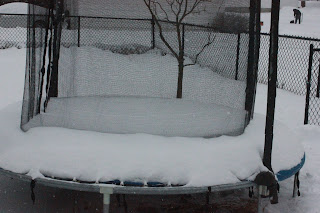 We ended up getting a total of about 11 inches on Monday.

Amazingly, we are under a snow storm warning until Thursday.  Between snow, lake effect snow and "temps colder than Antarctica" I think we will be stuck at home for a bit!
Posted by Jackie Koll at 7:00 AM No comments: