Each week I have a "revelation" when it comes to my plan for our book advent.  This week I have two.  First, I shouldn't have spent weeks planning stuff because I'm finding that I plan for tomorrow, today.  I am glad that I have the books already on hand but as far as the activity - well, I find so much cute stuff out there on a daily basis that I totally shift plans each day.  Oh, and second, I should have skipped the books HA!  I was CONFIDANT that my boys would LOVE the books because we read to them, per their request, every day, many times a day.  They could care less about the book in the activity box.  Other than "Counting Christmas" they haven't even gone back to a single book to have it read the first time let alone a second time.  Maybe they are just too young or maybe because the book is with the activity and they just want to do the activity - I will not give up!  I even plan on doing it again next year :-)

Now, on to our plans we accomplished this week :-) 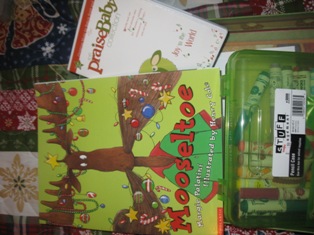 The book for today was "Mooseltoe".  I would love to tell you what a cute book it is but, well, we haven't read it.  The boys had no interest!  We did watch the Praise Baby Christmas DVD though :-)  The boys LOVE it . .. except when it ends Josh gets sad and just cries for "more".  The music really impacts him a lot. 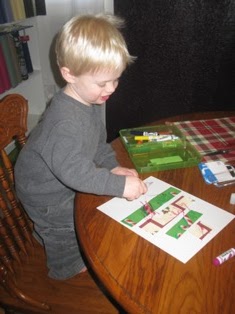 I know that last week I said no crafts but I've changed my mind.  Today we made Christmas trees using wrapping papers that I had cut so that they I could sort them by size and color HA!  Then they used glitter glue and markers to decorate the trees.  They turned out great!  I plan on framing them and using them next year as decoration on my picture wall (I take down the family pictures and replace them with Christmas pictures for the season) 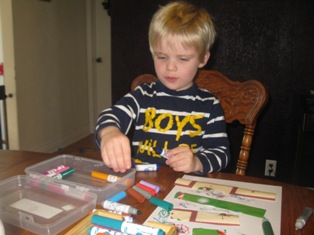 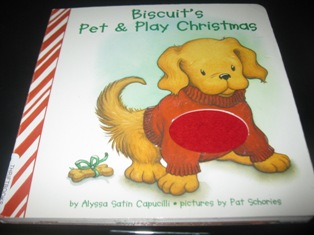 Here's the book we didn't read today ;-)  Biscuits Pet and Play Christmas . .. they did actually touch the fuzzy part but that was it!! 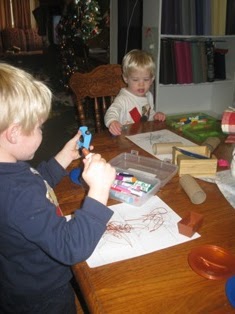 Then, our activity today was creating TP angels.  The boys colored the graphic, which I found at Holiday Kids Crafts.  The boys colored to their hearts content.  Then, when they told me they were done, I cut them out and attached them to the Toilet Paper Tubes.  I thought they would play with them but they didn't.  Imagine that. 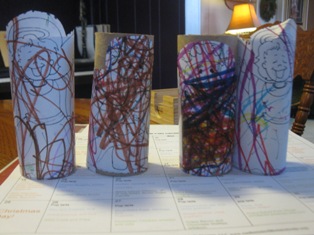 The finished products :-)  Do you love all that color LOL  I think they are adorable but my kids made them so what do you expect? 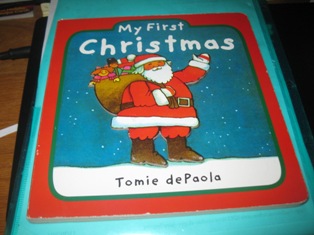 Our book for the day was "My First Christmas" by Tomie dePaola.  I wish they would have wanted to read it . . .. For our activity, we did this great activity cards from Oopsey Daisy (and you can print them too!) 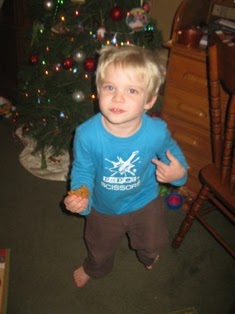 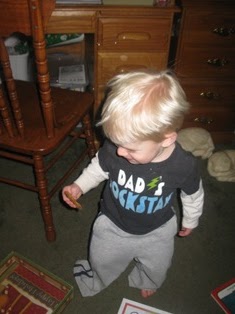 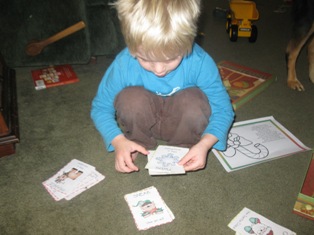 When we were done, Josh used them like flashcards, which I thought was pretty creative. 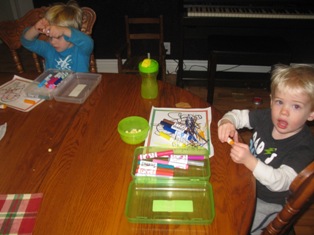 We also colored some candy canes, which, I cannot remember at the moment where I got them from.  Nate loves to color - he picks one marker at a time, uses it, puts the lid back on, and places it outside of his box.  He does this until all of his markers are out of his box meaning he has used each color.  He is then done coloring :-) LOL

Today's book was title "Sleepy Jesus" and there even a faint amount of interest in this book until they saw their craft HA! 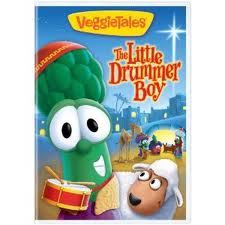 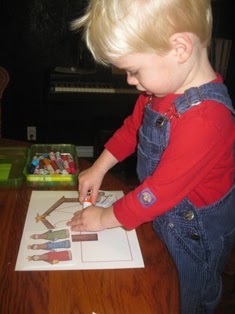 Our craft today was AWESOME!  It was a cut and paste shape nativity set.  I precut the shapes out but then each of the boys had to match them to the background and glue them on.  I was impressed with Nates matching skills and with Josh's glue stick ability - we haven't done much with glue sticks because, well, they like to eat them still. HA! 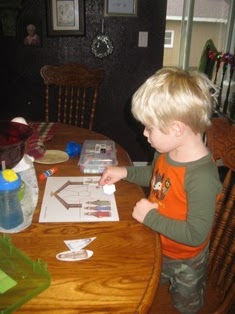 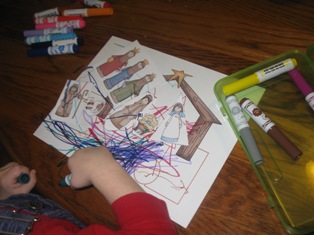 You can find this great printable over at 2 Teaching Mommies and she also shares some links to other Nativity sets that you can print and cut that are for older children as well.

Day 16 -
We did nothing.  This was not my original plan but on the 16th, I spent the whole day getting ready for Nate's birthday party.  The boys played well together and even helped me out some and when they asked for "The Box" - they even understood that we didn't have anything in it today because Mommy had to work on Nate's party.  Both boys are SOOOO excited about the party!!

We'll hopefully pick back up with a few last activities next week.  We have some busy days so I don't know if we will get it in on all 5 days be we are going to aim for at least 2!
Posted by Jackie Koll at 10:17 PM No comments: