We celebrated Nate's birthday over a course of quite a few days for multiple reasons, the greatest one being illness, of course.  I felt so bad for my little 5 year old as he didn't even want his birthday.  His words were, "Mom, I still feel four.  I'm too sick to turn five.".  We still managed to have a little fun though, and of  course, he got his gifts so that made him happy!

Our very first celebration was at Darryl's family Christmas party.  Since we were all getting together to celebrate Christmas, we would celebrate Nate's birthday too! 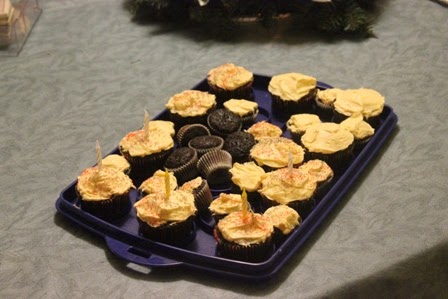 I made super simple cupcakes (right from the box).  Some with sprinkles, some without and some without frosting to please all of my boys! 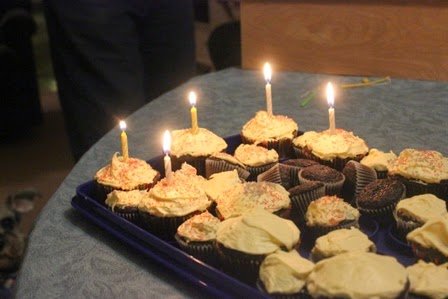 Nate hid in the back room while we sang but then . ... Raced out to blow out the candles ;-)

Our second celebration was on his birthday. 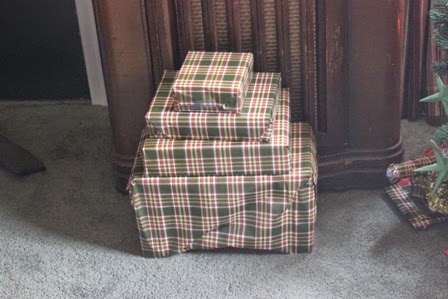 Despite having been up during the night puking, he was ready to open some presents during the day. 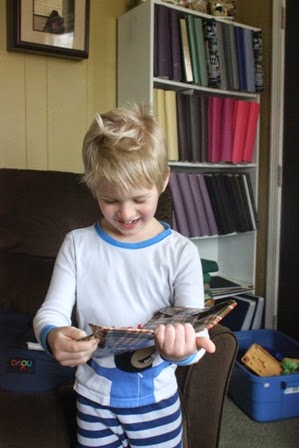 Opening his first present - a book about bugs. 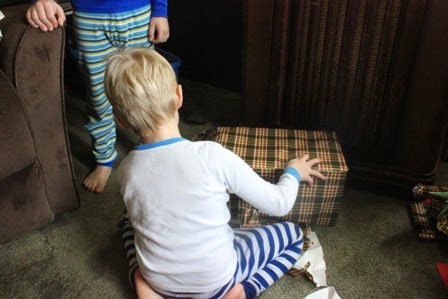 He also got some Legos, a John Deere Truck and something else I can't seem to remember at the moment. 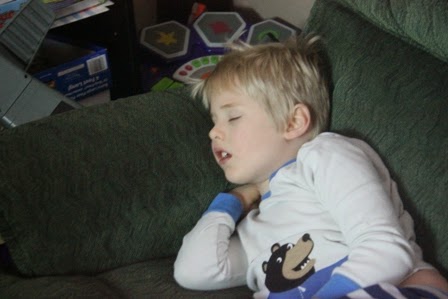 But, despite opening gifts, this is how my little bug spent most of his birthday.  Asleep, in a chair.  No cake or special dinner . . as a matter of fact from this day on, he ate very little for the entire week.

We were supposed to meet my parents for dinner on Nate's birthday but that did not happen.  Instead, we planned to celebrate on Christmas Eve.   When we got to my parents house, Nate was super sick with a fever of over 103.  I thought we would be spending the evening in the ER but we were able to get his fever down and guess what he wanted to do?  Open presents! 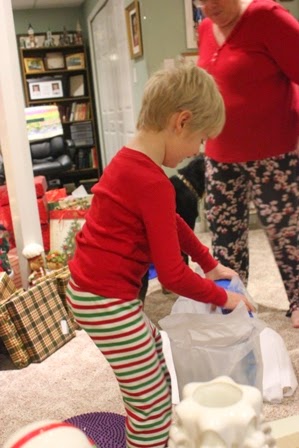 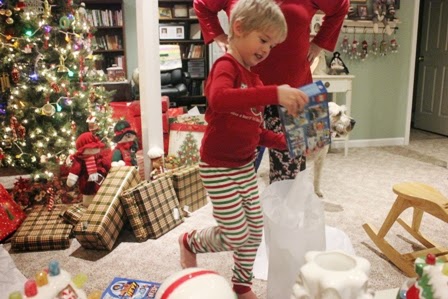 He got a whole bag of Legos he had asked for - the Arctic set.  It was cute because he noticed that one big piece was missing and he hoped that Santa would bring it for Christmas (don't worry, Santa  . .aka Nana . . .had it all taken care of!)

Finally, on Christmas Day, Nate finally wanted his cake.  Our tradition is to let the boys to go the grocery store and pick out a cake.  The reason we do this is simply because when they grocery shop with me, they always look at the cakes and want one.  Therefore, I tell them they get to pick one for their birthday and that thrills them to no end! 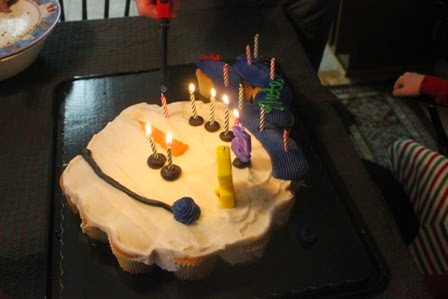 Nate's cake and his candle assortment.  Nate found the number once candle and the regular candle in the drawer at home a few weeks ago.  He took them, put them on his bed stand and wanted for his birthday to arrive.  I picked up a number 5 which he added to the mix :-) 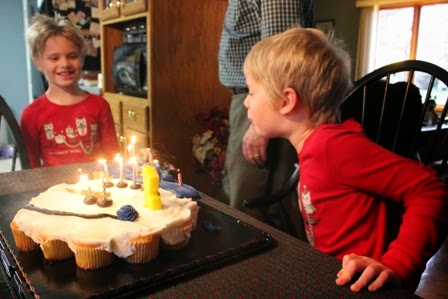 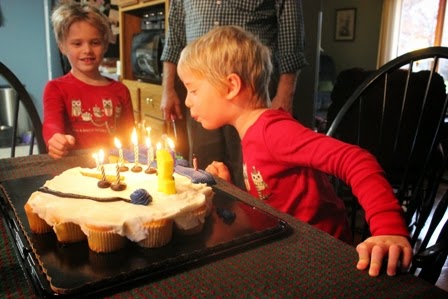 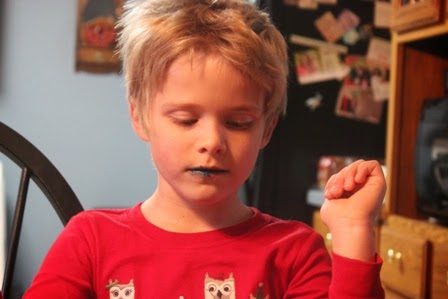 The funniest thing ever.  Nate passed out the cupcakes - all of which had blue frosting COVERING them except for Papa's.  He gave Papa a nice white frosted cupcake.  (So not fair!)  Notice Josh's blue lips?  Well, my mom, Darryl, Josh and yes, even me, had blue lips, tongues and teeth and we laugh, and laughed and laughed about it.  I had tears running down my face we were laughing so hard.  Just a little piece of fun in the midst of some very sick people!