I'll be honest, I thought I took more photos this week but apparently I did not!

This past weekend was Father's Day - we hung around home, enjoyed dinner at my mom's on Saturday, and Burgers on the grill on Sunday.
Monday, Josh got his hair cut and then we hung out at my mom's for lunch and a bit after that.
Tuesday the boys went to the Orthodontist.
Wednesday was a quiet, rainy day
Finally, Thursday!!! 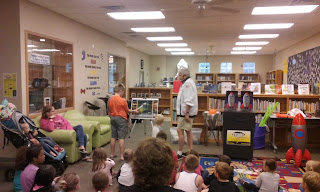 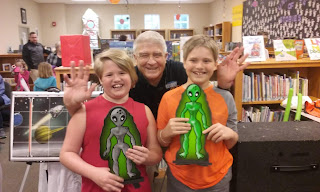 On Thursday we went to the library summer program - Stormy the Magician.  He always makes me laugh.
The boys also went to theater class but there are no photos of that. 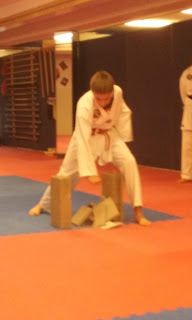 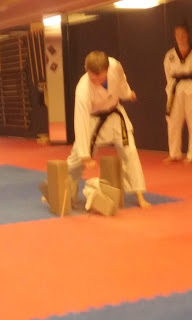 On Friday we went swimming first.
Then, Nate wanted to go see two of his class mates test for their black belts so he and I went to that.  Wow.  I thought I would be bored but it was the opposite - it is so impressive to see all these two young men had to know and do.  I told Nate that I was stressed out and it wasn't even HIM testing HA!

So it was a fun week - just lacking in photos!