What We Are Eating - An almost total flop :-(

Not every new recipe is a success story, that's for sure.  Even the ones that are touted as "the best chicken recipe ever".

Well, this past week, I put together a chicken recipe that I found on Pinterest called Lemon Dump Chicken.  It sound good; and I was able to throw it all in a freezer bag in the freezer after grocery shopping, ready to use later in the week . 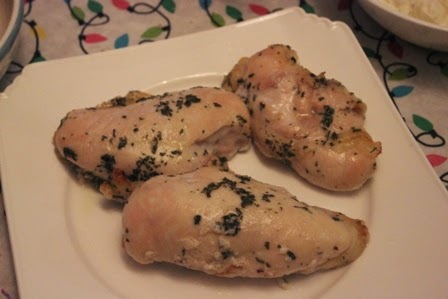 It's nothing fancy but wow, was it boring.  The flavor was just, well, non-exsistant.  Plus, for whatever reason, the chicken was extremely rubbery, which I realize is the problem of my chicken not the recipe.  Either way, we will not be making this again. 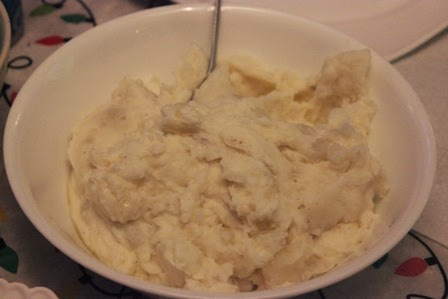 I also tried a new recipe for Mashed Potatoes.  Now, my favorite mashed potatoes are the Bob Evans Refrigerated Mashed Potatoes because, well, they are easy and taste good.  BUT, Josh LOVES Mashed Potatoes so I really need two packages of those potatoes and that is just too much money.  So, I'm working on perfecting my homemade mashed 'taters.  This recipe was pretty good, and I should be surprised as it comes from The Pioneer Woman.  I'll probably just tweak these some more each time I make them until they are perfect :-)
Posted by Jackie Koll at 7:00 AM No comments: