On October 22nd, Josh turned 7.  He had one very specific request - no school!  I am in total agreement.  No one should have to go to work or to school on their birthday - it should be their own personal holiday. 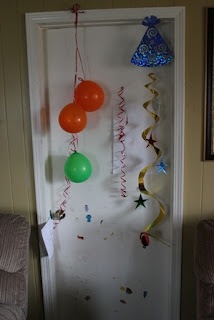 Waiting for the birthday boy to wake up :-) 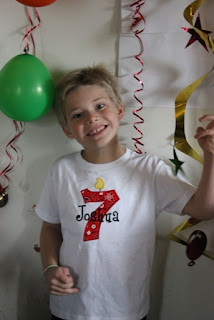 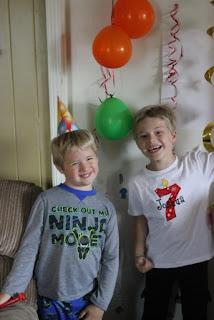 Josh and Nate together. 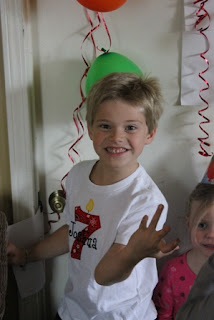 Every time I wanted to snap his photo he would pose and say "seven!!!" 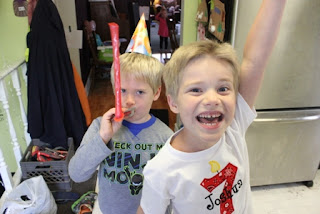 Can you tell he is a little excited that it is his birthday????? 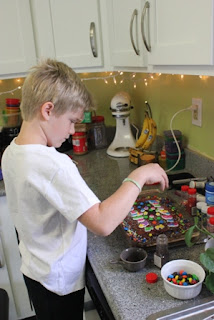 The day before his birthday, Josh helped me make a birthday cake.  Then, on his birthday morning, he frosted and decorated the whole thing.  This cake is for celebrating with the munchkin and princess later in the day. 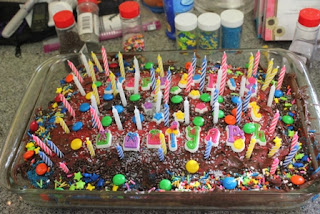 Once the cake was done, I took the kids to McDonald's for lunch and to play at the play land.  From there, we went to the store so Josh could pick out his "family birthday cake".  It's tradition - the boys gets to pick out any cake they want from the grocery store. 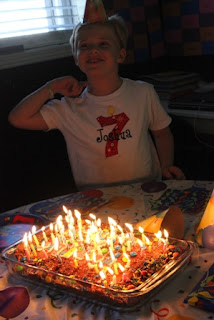 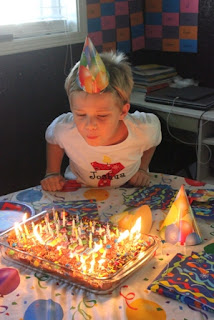 Once the Munchkin got home from school, we had cake and Josh got to open his gift from his friends. 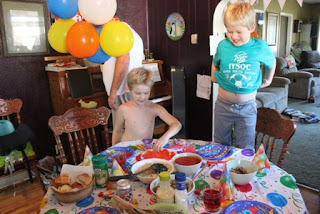 Josh got to pick out his birthday dinner which was Spaghetti.  (I added garlic bread and salad so we had more than just spaghetti!). 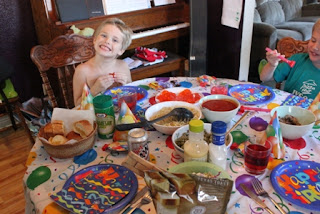 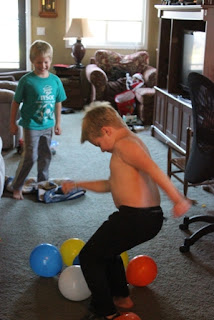 Then it was time to pop those money filled balloons!  Such a fun tradition for the kids to get some money. 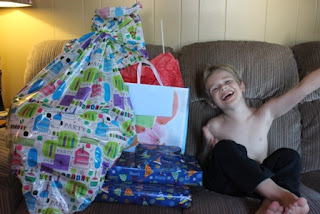 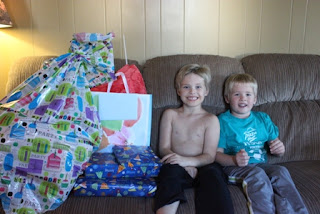 Finally, it was time for the gifts. 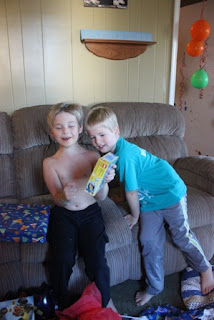 Josh opening one of Nate's gifts - Legos, of course.  He also got more Legos from both Nate and us; Matchbox cars from Nate; Monopoly Jr and a video camera from us and . .. 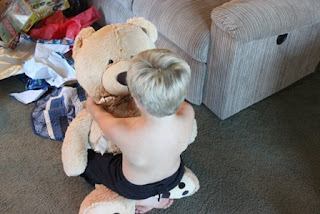 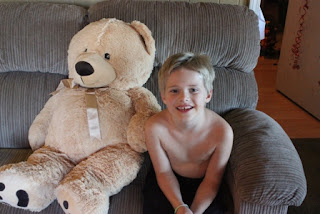 This giant stuffed bear.  He has been asking for this bear for MONTHS!  He saw it when we went to buy their bunk beds and cried when we didn't buy it (the one at the furniture store was MUCH more expensive HA).  Needless to say, he was thrilled.
Posted by Jackie Koll at 7:00 AM No comments: