Veggie Pizza
Adapted from . .. a recipe I've had a very long time 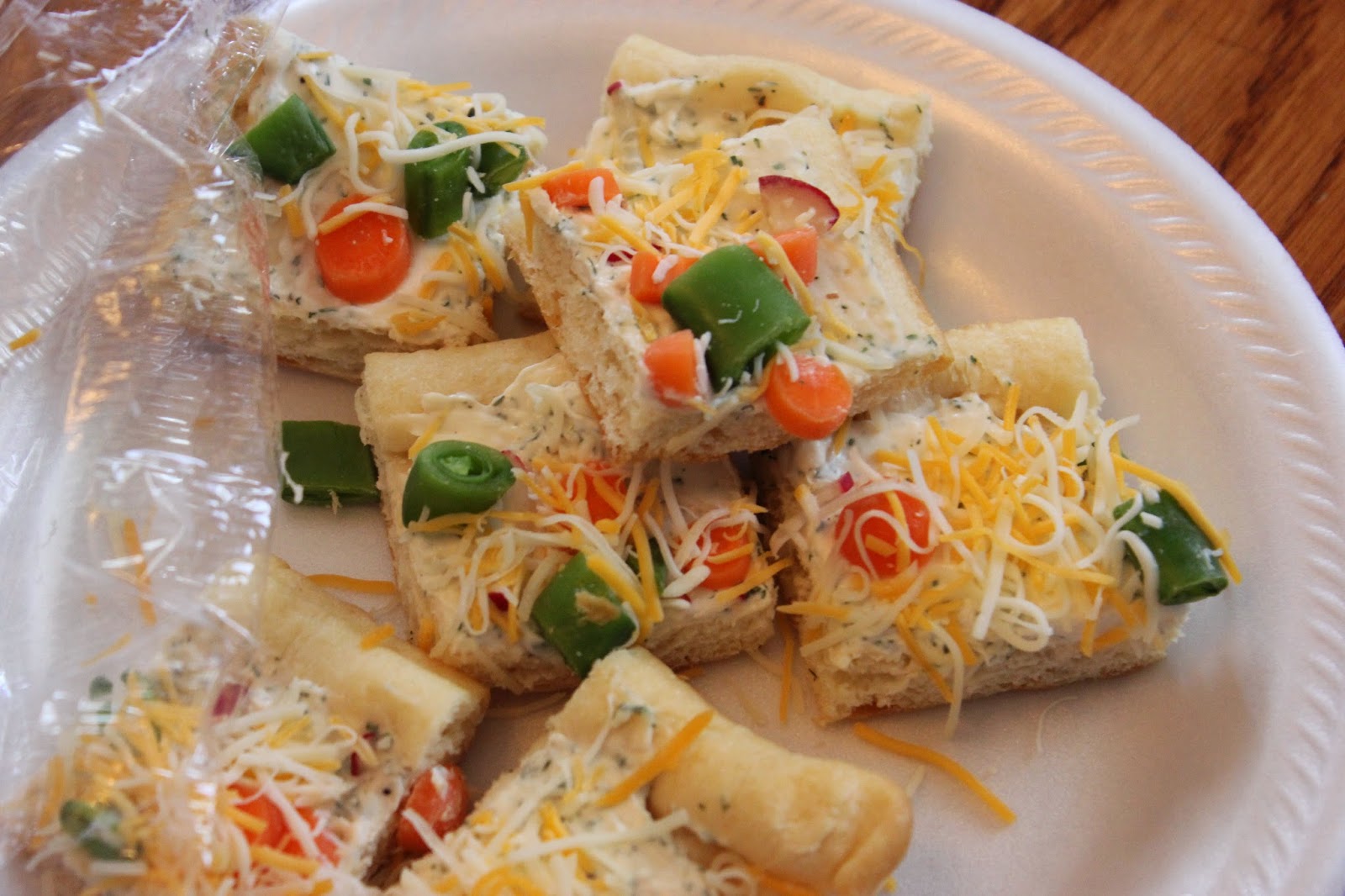 This is a recipe that I took to a pot luck recently so I thought I would share it. Veggie pizza is such an easy thing to make and it travels easily plus everyone seems to like it!  I've tried numerous recipes through the years and I like this one that has evolved because it has tons of flavor!  One recommendation is to make it 24 hours in advance (or at least the morning of an evening event).  The cream cheese mixture tastes better if it has time to blend flavors.

In a medium-sized mixing bowl, combine sour cream, cream cheese, dill weed, garlic salt and ranch dip mix.  Spread this mixture on top of the cooled crust.  Arrange the veggies on top of the creamed cheese mixture.  Top with cheese.  Cover and let chill.  Once Chilled, cut it into squares and serve.

**Note:  To make it easier to cut, I usually cut it right after I put the cream cheese mixture on it.  Then, after it is cut, sprinkle everything over the top.  By doing that you do not have to cut through any veggies :-)