Family Fun - The Park and "Sleep Over"

The boys recently asked to go visit a park near our church at the local elementary school.  So, a couple of weeks ago, while Darryl had to work on a Saturday, the boys and I headed out to the parks.  The weather was great - not humid and super breezy so it didn't seem quite so hot. The school has three separate play grounds and the boys tried them all! 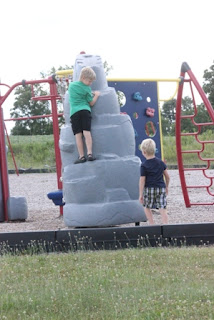 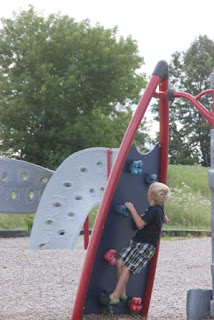 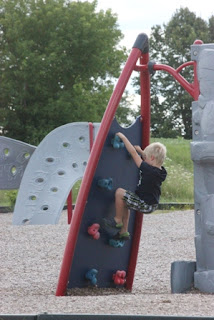 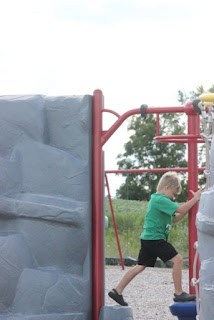 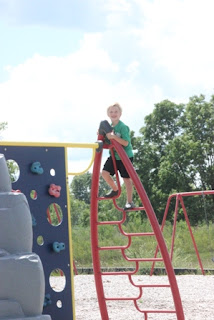 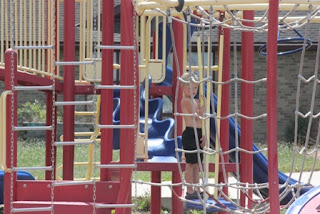 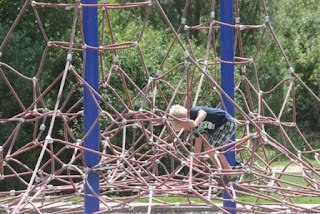 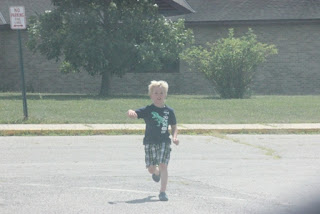 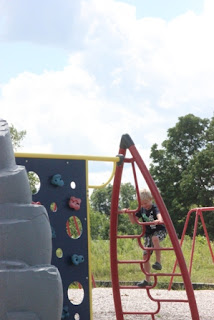 After we left the park we got ice cream . . .and Chicken Nuggets.  Nate is not an ice cream eater HA!  Give him McDonald's Nuggets anytime! 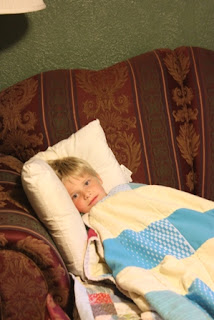 All snuggled in, listening to Darryl read stories. 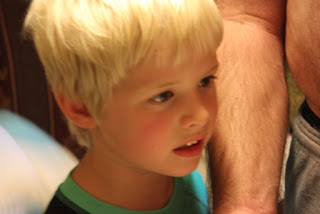 Nate loves to stand by his dad while he reads and watch all of the photos. 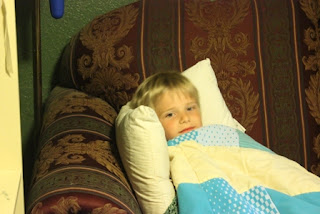 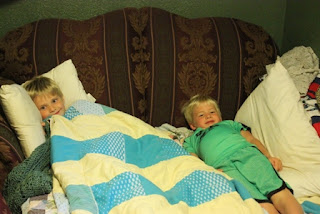 Getting ready to say good night . . .notice the faces of fear HA! 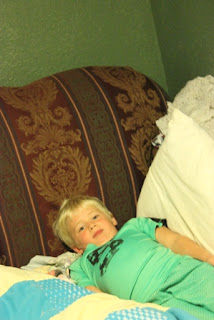 We said good night and turned out the light.  Nate was back upstairs in 2.5 minutes saying that he would sleep down there a different night before crawling into his bed in his room.  Josh tried to stay down there by himself but was up 5 minutes later saying, "It is too scary to sleep down there"  I'm sure they will try again and some day, I'm sure they will actually make it all night but - sometimes half the fun is just preparing for the sleep over :-)