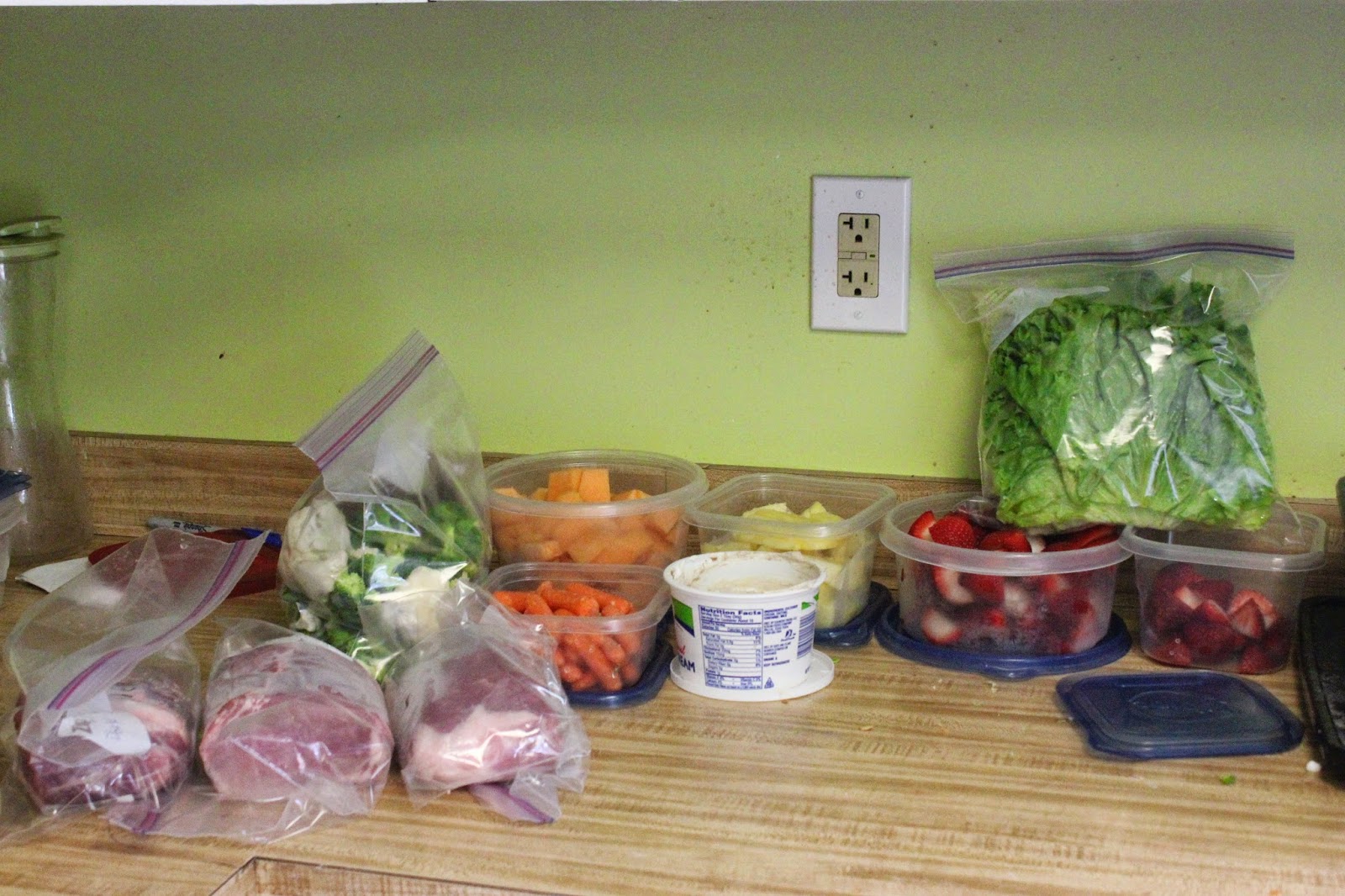 Another good week of food prep.  The fruit is still not at its summer best but that's ok, I'm still trying!  This week I prepped a couple of bowls of strawberries, pineapple and a cantelope (which needed to ripe a few more days but what can you do??).  Also, lettuce for salads, fresh veggies (carrots, broccoli and cauliflower) along with some homemade french onion dip for those veggies.  I also picked up a nice pork loin so I divided that up for the freezer.  The only thing not in the picture is some boiled eggs that I also use on salads throughout the week.  Oh, and raspberries that I had already eaten by the time I got around to doing food prep!

Oh, and remember I said once that we would never go thirsty in this house?  Well . . .we almost did! ;-) 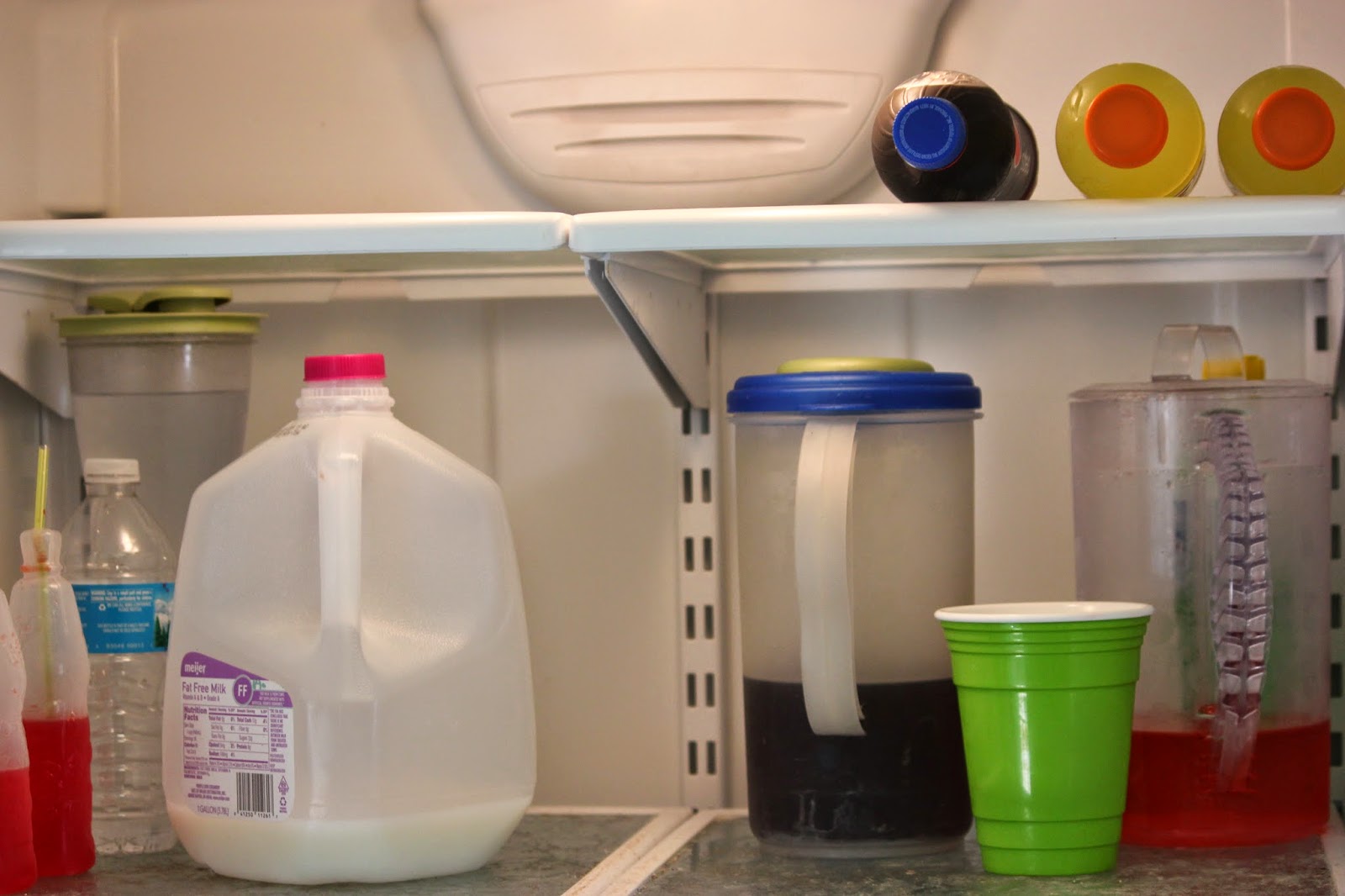 THIS is what our fridge looked like last Friday afternoon.  It gets worse - that little bit of milk was to use for Waffles for dinner which left some Kool-Aid/Crystal light, gaterade and a bottle of Pepsi HA!  I was very thankful for our water distiller because I know I could at least make Kool-aid!!


This next week is filled with Vacation Bible School (VBS).  That means that the boys and I have to be heading out of the house by 5:15pm Sunday-Thursday so dinner is going to be simple.

Friday - Something simple for the kids like Mac and Cheese and Darryl and I are ordering in!!!  (I have to take the boys to do a little shopping for Father's day  so dinner needs to be easy!)

Saturday - We have a family party at my Mother-in-laws house so dinner will be there!  I'm going to make "Ken's Fruit Salad" and take a few bags of chips.

Sunday - Happy Father's Day! Darryl chose going out to the Chinese Buffet for dinner and I won't complain about that!

Monday - I will pick up a Rotisserie Chicken and some steakhouse rolls on Sunday for Darryl to use for his dinners.  It gives him something simple and he will cook up some veggies to go along with it and he'll eat that for 2-3 nights.  Tonight, I'll cook some chicken nuggets and fries for the boys and I.

Tuesday - Mac and Cheese.  I'll add some chopped Ham to mine.

Wednesday - Spaghetti for the boys.  I'll probably have a can of soup and crackers (I'm not a huge spaghetti fan!)

I'm hopeful that with a week like this - our grocery budget will be low too not to mention that there were some great sales last week so I stocked up on a few things.