Quesadillas
adapted from  The Other Side of Fifty 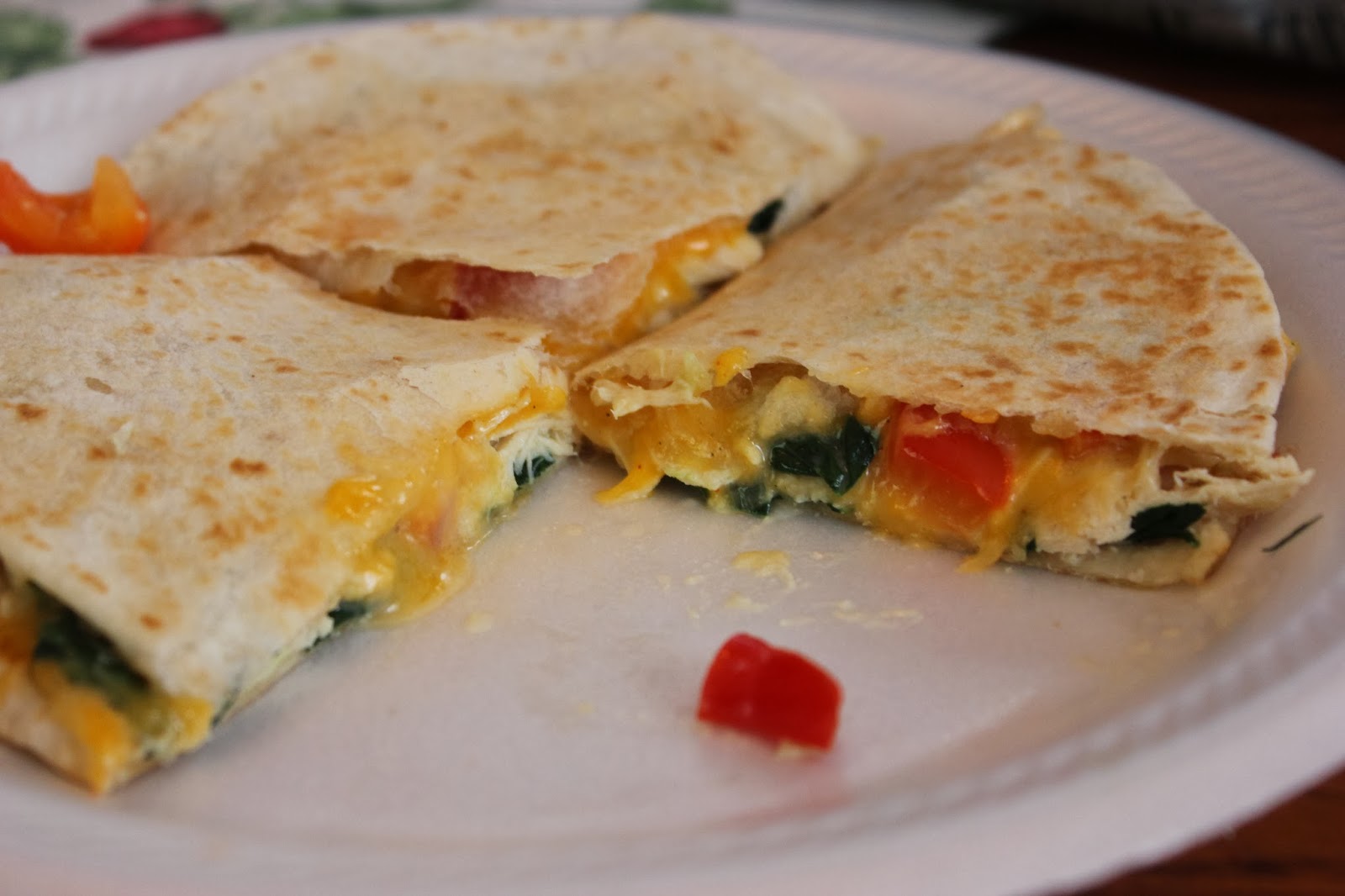 I think I have mentioned before that Darryl got me a Panini Press for Christmas and I have used it alot.  One thing that I love using it for is to make quesadillas.  I have had this recipe on my pinterest board for a long time so I decided to try it out. It just so happened that Darryl was home this day so he got to test them out too.  I did leave out the beans - I don't care for the texture of beans inside something like this.  I also left out the banana peppers because I couldn't find any!  Next time, honestly, I would leave the spinach out . .. it got really stringy and mushy after the first day.  I think that you could throw in some thick salsa and it would replace some of the veggies.  (Or add other veggies!) One of the great things about this recipe is that you don't need the cheese because the mixture is thick and kind of creamy.  (Granted, I used cheese in mine!)

In a large skillet heat olive oil over medium-high heat. Add onion, red bell pepper and banana peppers. Season with the crushed red pepper flakes and salt and pepper. Saute until veggies have softened, 6-8 minutes. Add the garlic and saute for another minute or two. Sprinkle the flour over the veggies and stir to combine. Cook while stirring for several minutes so that the flour loses its raw taste. Whisk in the chicken broth and stir until bubbly and smooth. Add the baby spinach and continue cooking for another minute or two or until spinach has wilted. Stir in the cooked chicken and cannellini beans and remove from heat.

Spray a large skillet or griddle with cooking spray. Heat over medium to medium-high heat. Place one tortilla on griddle and spread cheese over tortilla. Spread chicken, bean and spinach mixture over one half of the tortilla. Check underside of tortilla and when browned a bit, flip the half with just cheese over the half with the chicken. Remove from heat and cut into slices. Top with diced avocado and sour cream, if desired.

Email ThisBlogThis!Share to TwitterShare to FacebookShare to Pinterest
Labels: Recipes