I felt like we had a super busy week yet I didn't take many photos!

Saturday - A quiet day at home followed by dinner at my mom's.  We actually really enjoy the Saturday dinners at her house when it works out to do so!

Sunday - Today was the Darryl's family "February Birthday Party".  This is a long standing tradition that started when Darryl's great grandma was still alive.  It was a fun family day. 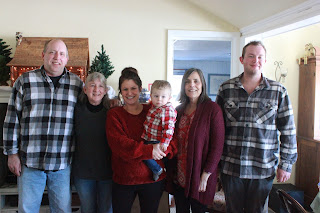 All the February Birthday People (well, and one January birthday too!)  From L-R: Darryl, his sister, Kelly, Kelly's daughter, Rachel (Holding her son who is not a February birthday!), Darryl's "bonus" sister, Michelle, and Kelly's son, Levi (the January birthday.) 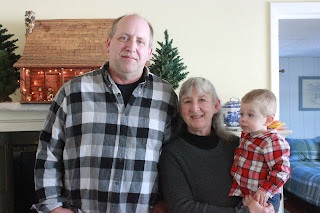 Darryl and his sister, Kelly.

Monday - A full school day and, normally, we go to TKD but a winter weather advisory was issued so we stayed home and it was a wise choice!  The roads turned to skating rinks quickly.

Tuesday - A totally 100% surprise snow day.  The local schools were closed due to icy roads.  We still had a haircut and piano lessons in the afternoon, though, so thankfully the roads were clear by that point.

Thursday - The day started with a Leadership Team meeting followed by the great Homeschool Program at the library.  This week we made these awesome shrinky-dinks. 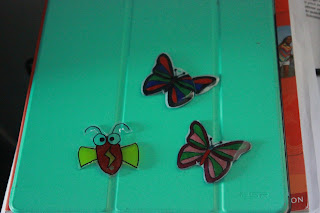 Friday - Friday School!  No photos this week though!