In March, Josh was able to participate in the AWANA games with Sparks through our Church.  This brought back some great memories for me because I, many, many years ago, played in the Sparks games too. 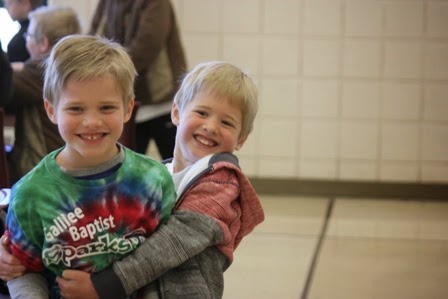 We arrived at the school for the games and Josh picked up his team t-shirt.  Nate was hoping he would get to play too but all of the kids signed up to play showed up so he was a little bummed. 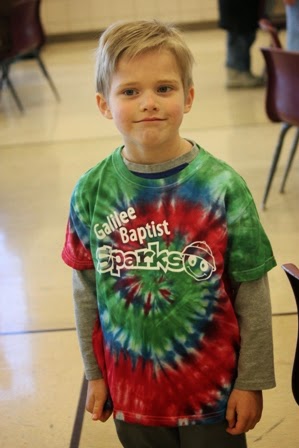 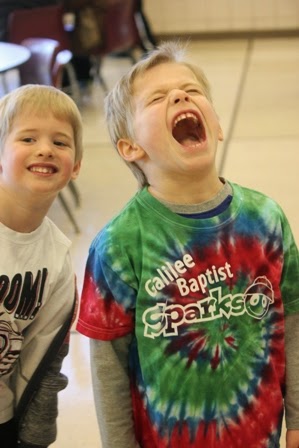 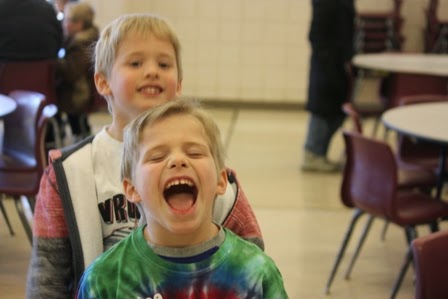 Two boys being super silly.  About this time, Darryl, Nate and I were going to head to the gym to get seats but Josh got really scared.  I felt so bad for him as big crocodile tears started falling.  It was a brand new situation and he was very overwhelmed so I stayed with him until they were ready to head to the gym. 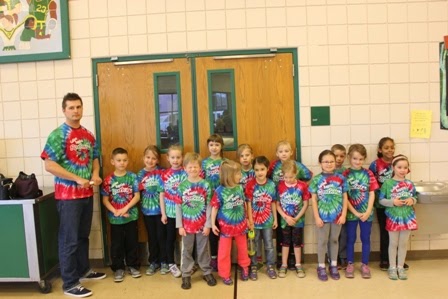 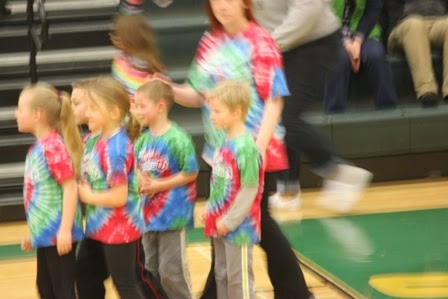 Josh is the last kid - this is when they were entering the gym. Both sets of Grandparents came to watch so that was fun too. 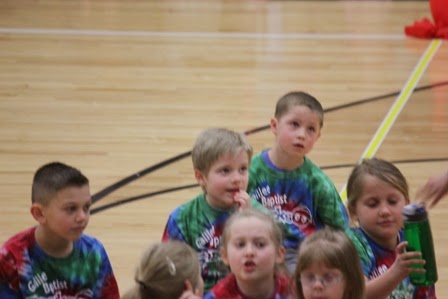 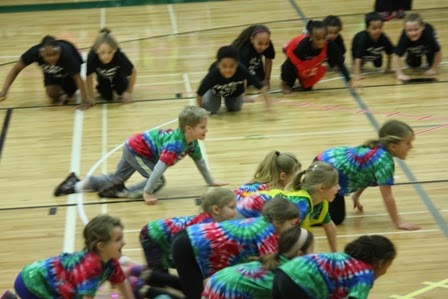 The very first game was the Sparky Crawl where the kids have to crawl across the gym on their hands and knees. 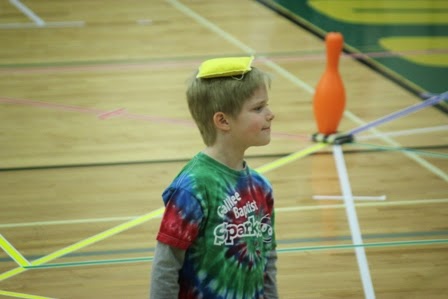 The bean bag game - Josh did a great job carrying that bean bag on his head. 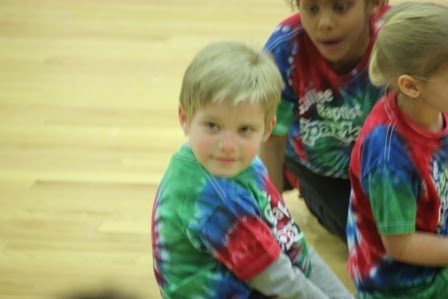 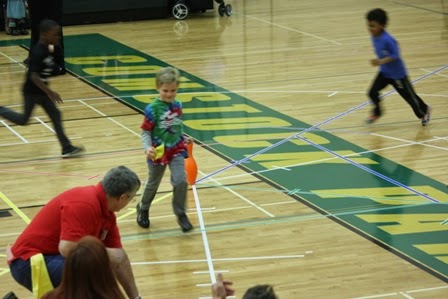 In this game, you have to run around the circle and then toss the bean bag from your line to the center and knock down the pin  . . Josh knocked the pin down on the first try.  It was awesome! 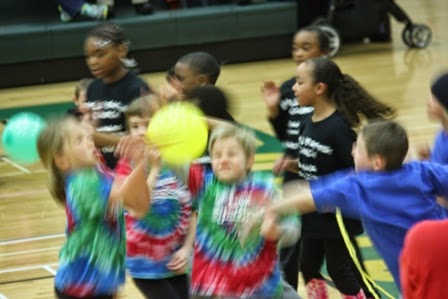 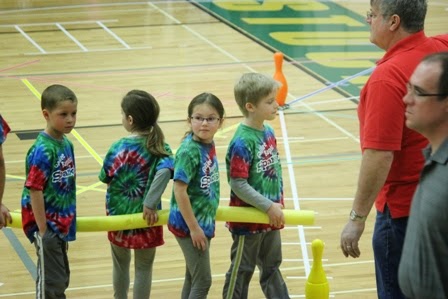 Ok, this is called "Train" and it was Josh's least favorite game during practice because he was in the middle and would fall down.  So, when his leader put him in the front, I kinda was thinking this would be a fail. 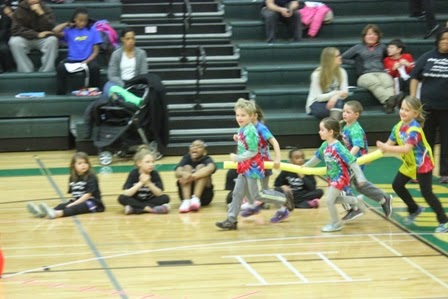 BUT, it was the complete opposite.  Because he was in the front, he ran with all of his might and brought his team to an almost victory!  It was awesome! 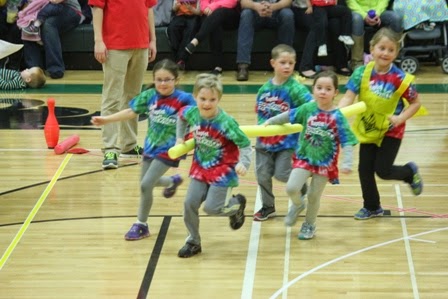 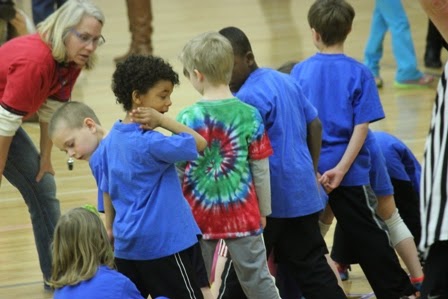 Josh got pulled to play with another church during a game because they didn't have a enough players. 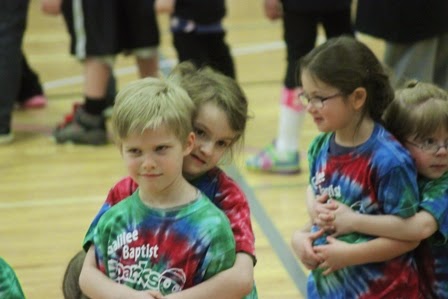 This picture makes me laugh - look at that face!  The girl behind him had to hug him and Josh is like me, we don't like to be touched by strangers HA!  He endured it though and did a great job following instructions for the game.

After the game we headed to Smashburger with the Grandparents for lunch and then walked to Krsipy Kreme for donuts.  It really was an awesome day!
Posted by Jackie Koll at 7:00 AM